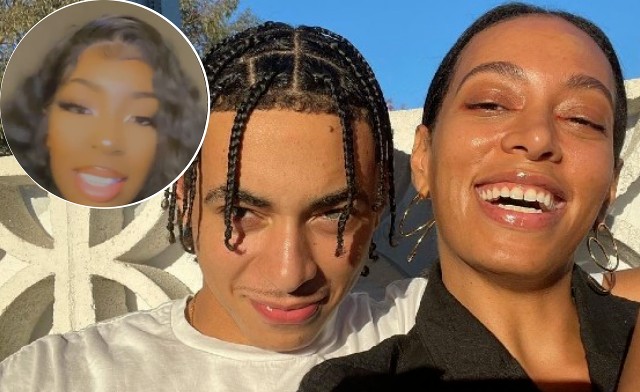 What in the ‘Rugrats Gone Wild’ is going on here… Solange may be a grandmother sooner than many would have expected.Annoyed by her response, he wrote, “that makes you so much less attractive.”

Solange Knowles teenage son Julez apparently can’t stay out of trouble, especially when it comes to social media drama and girls. Last year, Julez had to shut down his Instagram after allegedly posting explicit pictures of Skai Jackson, now, he’s barely been back a week and even more drama is stirring. Now 17 years old, it’s been alleged that Julez has impregnated a young girl who claims she’s still in high school.

A video posted to Tik Tok included alleged screenshots of text messages between the two teenagers. In those pictures, the two are seen going back and forth regarding the intercourse they had. In one message, Julez allegedly stated, “your gonna get n***ed in.” Further into the conversation, he asks the young girl if she would be taking a Plan B– her response, “nooooo, just do it & pray.” As the two continued to bicker back and forth, Julez throws his mom into the mix. He texted, “n***a my mom didn’t have eyes on her at that age. I do.”

In the hours following the online antics, Julez has spoken out, sharing more screenshots that are said to be from his conversation with Adore. “Julezzzzzz tell them it’s fakeeeee,” the incoming message reads. “Pleaseeeeeeeeee.”

“Now usually I wouldn’t speak on this typa stuff but this time I’m not gonna let y’all drag my family for something that is [fabricated],” he wrote alongside the conversation. “This text was from today, she wants y’all to know it’s fake.”

Since then, further screenshots have been revealed with Adore claiming that she wanted Julez to only tell theneighborhoodtalk it’s “fake,” not all of social media. “How was I supposed to know that?” he wrote back. “You texted me, ‘tell them it’s fake.'”

At this time, it remains unclear whether Adore is actually pregnant with Julez’s baby or not, but time will certainly tell. Tap back in with itsKenBarbie.com as it plays out for updates. These damn kids. Thoughts?