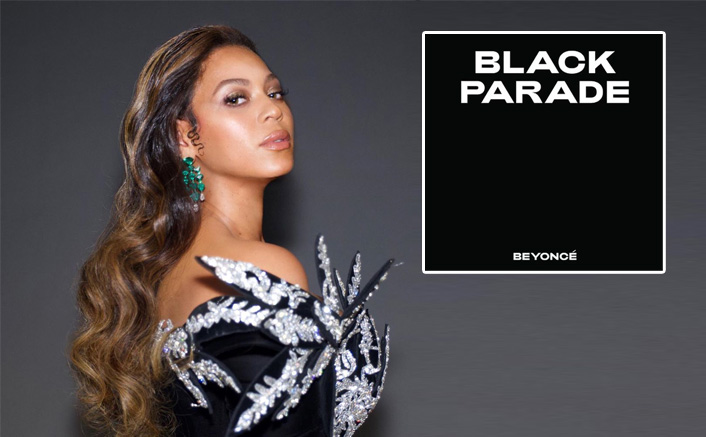 Juneteenth turned out to be quite the day for music. Millions of Americans celebrated the day that Texas slaves were finally freed two years after the emancipation of Black people held in bondage. Alicia Keys and John Legend shared the stage in a Verzuz battle and a number of artists have released new singles and projects that speak to the current political climate and issues plaguing the Black community. In a surprise move, Beyoncé has also thrown her hat into the ring and has given the world a new song titled “Black Parade.”

Proceeds from the song will benefit Black-owned small businesses, a message entitled “Black Parade Route” on the singer’s website said. The post included links to dozens of Black-owned businesses. The release of “Black Parade” is the singer’s latest philanthropic effort. In April she announced her BeyGOOD charity would partner with Twitter CEO Jack Dorsey’s Start Small campaign to provide $6 million in relief funds to a variety of groups working to provide basic necessities in cities like Detroit, Houston, New York and New Orleans.

It’s also the latest surprise release from the singer, who along with husband Jay-Z released the nine-track album “Everything Is Love” in 2018 with no notice. In 2013, Beyoncé released the self-titled album “Beyoncé,” also without any notice. “Happy Juneteenth Weekend! I hope we continue to share joy and celebrate each other, even in the midst of struggle. Please continue to remember our beauty, strength and power,” Beyoncé wrote over on Instagram. “‘BLACK PARADE’ celebrates you, your voice and your joy and will benefit Black-owned small businesses.”

Quotable Lyrics:
Yeah, yeah, I’m for us, all black
All chrome (Yeah), black-owned (Yeah)
Black tints (Yeah), matte black (Yeah, yeah)
Roll by, my window down, let ’em see who in it
Crack a big smile (Ding)
Gold figure, me and Jigga, fifty ‘leven children
They like, “Chick, how?”
I charge my crystals in a full moon
You could send them missiles, I’ma send my goons
Baby sister reppin’ Yemaya (Yemaya)

As with any release from the Queen Bey, the internet immediately fell info formation as fans voiced their excitement via social media. Take a look at some of the reactions as well as the song itself below. Are you feeling it?

beyoncé delivered just like she always does. black parade is just that bitch pic.twitter.com/QVeEyubvfj

Me minding my black ass business then here come Beyoncé with Black Parade.pic.twitter.com/P5BF3ixpfU

WE BIRTH KINGS, WE BIRTH TRIBES?!?!

BEYONCÉ CAME THROUGH WITH BLACK PARADE, I FEEL SO MUCH PRIDE THIS #JUNETEENTH2020 pic.twitter.com/i2VOTgD5sC