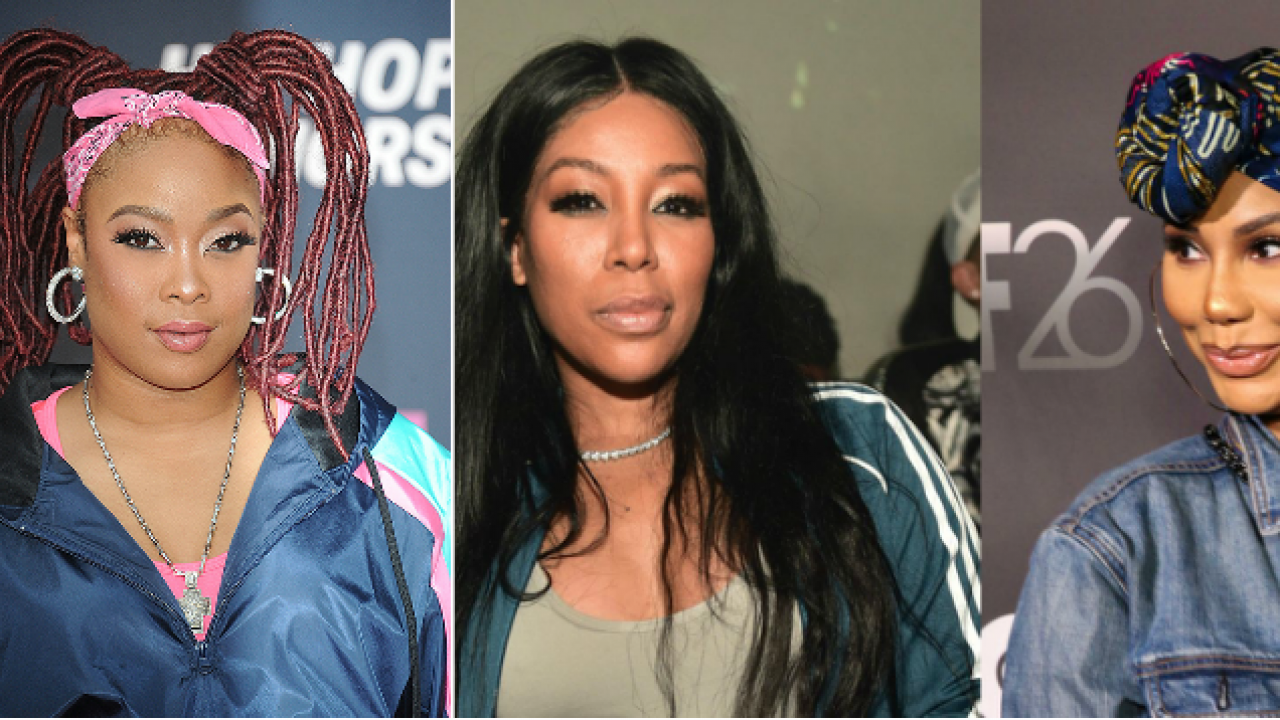 K. Michelle is not letting up on her attacks against Tamar Braxton, decide how clearly the former made it that she doesn’t want to be involved.

After accusing Tamar Braxton of sleeping with a married man, K. Michelle has continued to go after the singer and her fiancé, despite Tamar’s insistence that she be left out of it. Last week, after hearing that Tamar had turned down the possibility of facing off against K. Michelle in a “Verzuz” battle, K. Michelle went on a rant about the R&B singer, in which she accused her of sleeping with Jermaine Dupri’s father, who is a married man.

Tamar went on to address the situation alongside her fiancé, David Adefeso. “I don’t really want to speak about anything in particular,” she said. “I’m in a different place in my life. I don’t want to be apart of any kind of negativity…the last thing I am going to waste my time with is giving negative energy. energy.” David also added his thoughts about the situation. “What I saw this morning made me sad, because I saw one strong black woman, [a] strong good-looking black woman, tear another strong, good-looking black woman down and it broke my heart,” he said. “What makes me sad is Tamar now gotta defend herself against something which is false. Against something which was concocted. Against something which was meant to defame her character. As her man, it broke my heart.”

It looks like all K. Michelle could focus on in this video was David’s Nigerian accent, though, because she completely ignored everything the two of them were saying and instead decided to mock the way David speaks using Twitter’s new voice note feature. “My brother, it also made me so sad when I saw her no edges,” she said in the since-deleted tweet, before humming part of “The Lion Sleeps Tonight” to further make fun of his African heritage.

Da Brat, rapper and long time friend and collaborator of Jermaine Dupri, confirmed K. Michelle’s story on the Rickey Smiley Morning Show.Not only did she confirm that it happened, she shared that she was there when it all went down.There was just one discrepancy. It wasn’t Dupri’s mother, it was his father’s wife at the time.

On the nationally syndicated radio show, Da Brat said, “Jermaine Dupri’s momma is Momma Tina. So it wasn’t his momma. That did happen. I happened to be in that elevator. The whole Beyoncé thing, that definitely happened. That’s Michael Mauldin’s ex-wife. Lord Jesus, no comment. I was in the elevator honey. It was just a situation. And Michael Mauldin’s ex-wife was a little fed up and it went down in the elevator. When it opened, I exited the elevator stage left. I didn’t have nothing to do with it. This was a whiiiiille ago.”

Welp…there you have it. You can listen to Da Brat’s insight in the video below. Thoughts?