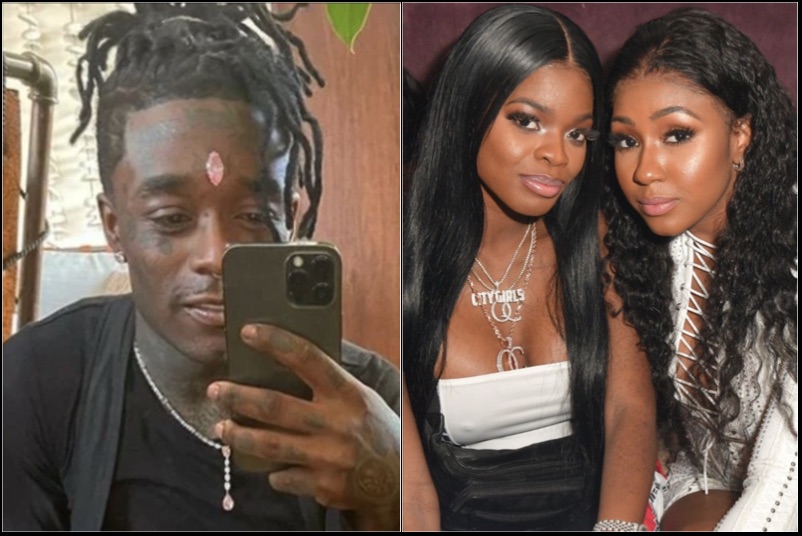 JT was quiet as a mouse during Uzi’s controversial live with Miami, but she’s certainly had a lot to say in response to fans since.

Yesterday (see previous post) was intense for the City Girls. An Instagram Live between Yung Miami and Lil Uzi Vert caused a ruckus after viewers believed that Uzi was being disrespectful Miami. JT was with Uzi and told him that he was too “turnt up,” but he shut her down and continued. Later, Southside issued a few threats to Uzi, telling him not to speak to Yung Miami again, and soon, the ‘Eternal Atake’ artist was a trending topic on multiple social media platforms.

JT has continued to defend her boyfriend and she took to Instagram Live to say that the moment between Uzi and Miami was all in good fun. “That was an inside joke. He was literally talking in code and after that said he love her and some mo’ sh*t,” said JT. “When did he call her a b*tch? Y’all p*ssies on the internet. A lot of y’all p*ssies on the internet and painting pictures that why I told him he was too turned up. He always turnt up.”

“Y’all wanna make it so bad,” JT added before mocking some of the comments she’s received. People have told her that she should have spoken up in defense of Yung Miami because she “held the group down” while JT was in jail. ” Let it go. F*ck outta here. Y’all be tryin’ to run with these narratives. Get gone.”

She had a few more words for people who continue to stir the pot. Check it out below.