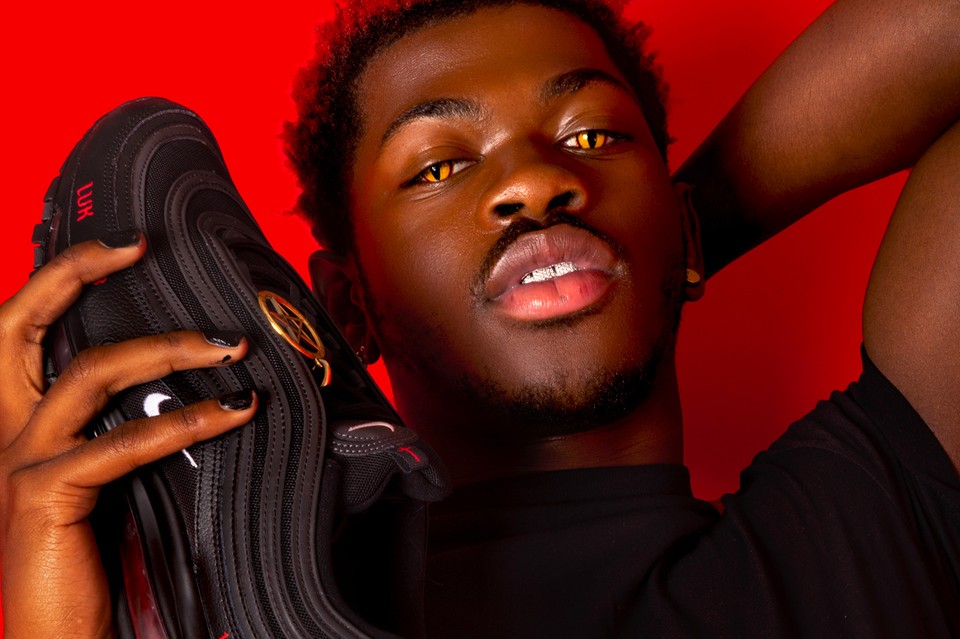 Nike does not play around when it comes to intellectual property…and Lil Nas should probably drag whoever didn’t tell him this wasn’t a good idea all the way down the Old Town Road.

When Lil Nas X and MSCHF revealed their “Satan Shoe” just a couple of weeks ago, social media exploded as many were upset that the artists involved would create a Nike Air Max 97 that has satanic imagery. Nike immediately distanced themselves from the shoe and immediately after the sneaker sold out completely, Nike got their legal eagles involved and sued MSCHF for purposely trying to trick people into thinking the shoe was an official Nike collaboration.

Nike was eventually able to halt the sale of the shoe, and now, according to Brendan Dunne of Sole Collector, the lawsuit has been settled. Essentially, MSCHF will now have a voluntary recall which means they must buy back all of the “Satan Shoes” that people don’t want anymore. They must provide full refunds, no questions asked. This also applies to their Jesus Shoes, made famous by Drake.

Nike settled its lawsuit with MSCHF over the Satan Shoes customs today. Statement from Nike: pic.twitter.com/vZOaaRTgf8

Based on the terms of the settlement, it seems as though people who already have the shoes in their possession will be able to keep them, which opens a whole other can of worms for Nike, thus rendering this whole ordeal useless. Regardless, this mess has been dealt with, and MSCHF and Nike will officially be going their separate ways.

Y’all giving up your Satan kicks? Do you think the right team won in this case?