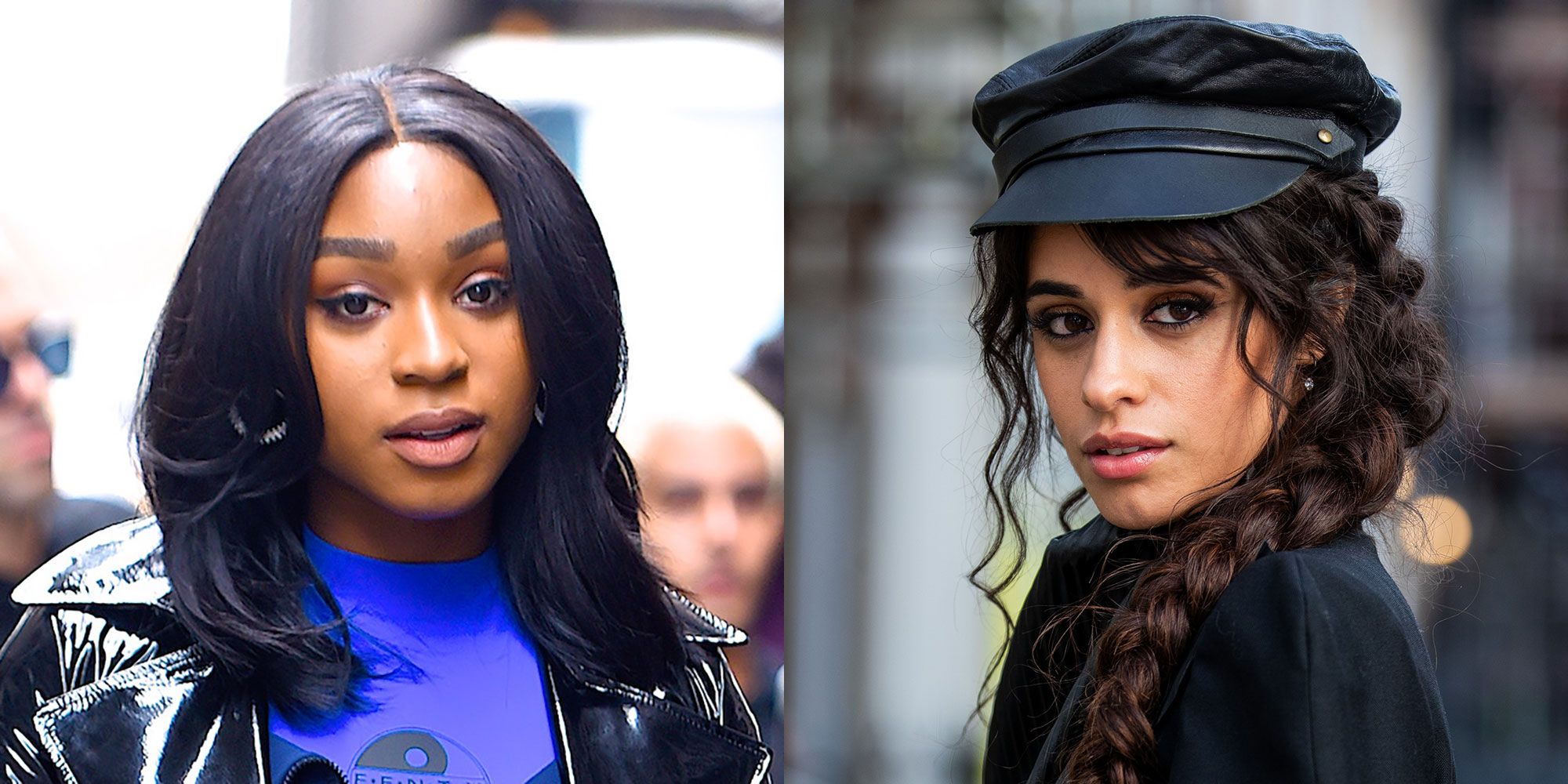 Normani has spoken out about her former fellow Fifth Harmony group member Camila Cabello’s racist Tumblr posts and tweets that resurfaced online, as well as the bullying she endured from Fifth Harmony fans. Before she was a solo artist and on her way to becoming the next pop It-girl, Normani was one of five members of the X Factor-born girl group, Fifth Harmony. Among her fellow Harmony ladies was Camila Cabello, who left the group in December 2016 just over a year before the remaining four members decided to disband the group for good. Now, Normani and Camila are arguably the two most well-known former 5H stars in the music industry, but that doesn’t mean that all is well between them.

Normani recently graced the cover of Rolling Stone’s “Women Shaping The Future” issue alongside SZA and Megan Thee Stallion. In the pop star’s cover story, she was asked about the racist attacks she endured from Fifth Harmony fans back when the group was still together, as well as Camila’s own well-known racist past that was brought to light recently.

@normani is a superstar in the making who counts Rihanna and Janet Jackson as fans. Right now, she’s figuring out what it means to be on her own. “I’m at a loss for words because it’s just all of the women that made up who I am,” she says. “They respect what I do. Like, they actually respect what I do and want me to win." Click the link in our bio to read our cover story on the singer. #WomenShapingTheFuture Photograph by @campbelladdy Hair by @yusefhairnyc Makeup by @rokaelbeauty Nails by @yvett_g Styled by @v.msmith Fashion Editor @lovingrachel

“I struggled with talking about this because I didn’t want it to be a part of my narrative, but I am a black woman, who is a part of an entire generation that has a similar story,” Normani told Rolling Stone. “I face senseless attacks daily, as does the rest of my community.” At the time of the bullying, Camila made slight attempts to defend her bandmate, but none of 5H, as Normani puts it, “[knew] how to be there for me the way that I needed it because it wasn’t their own experience.” When Camila later came under fire after old Tumblr posts and tweets of hers, in which she used racist and derogatory language including the N-word, resurfaced late last year, it reaffirmed everything for Normani.

“It would be dishonest if I said that this particular scenario didn’t hurt me,” Normani said. “It was devastating that this came from a place that was supposed to be a safe haven and a sisterhood, because I knew that if the tables were turned I would defend each of them in a single heartbeat. It took days for her to acknowledge what I was dealing with online and then years for her to take responsibility for the offensive tweets that recently resurfaced. Whether or not it was her intention, this made me feel like I was second to the relationship that she had with her fans.” Camila eventually apologized for the “horrible and hurtful language” she used when she was younger, stating that she “would never intentionally hurt anyone” and “regret[s] it from the bottom of my heart.”

“I really hope that an important lesson was learned in this,” Normani said. “I hope there is genuine understanding about why this was absolutely unacceptable. I have spoken what is in my heart and pray this is transparent enough that I never have to speak on it again.”