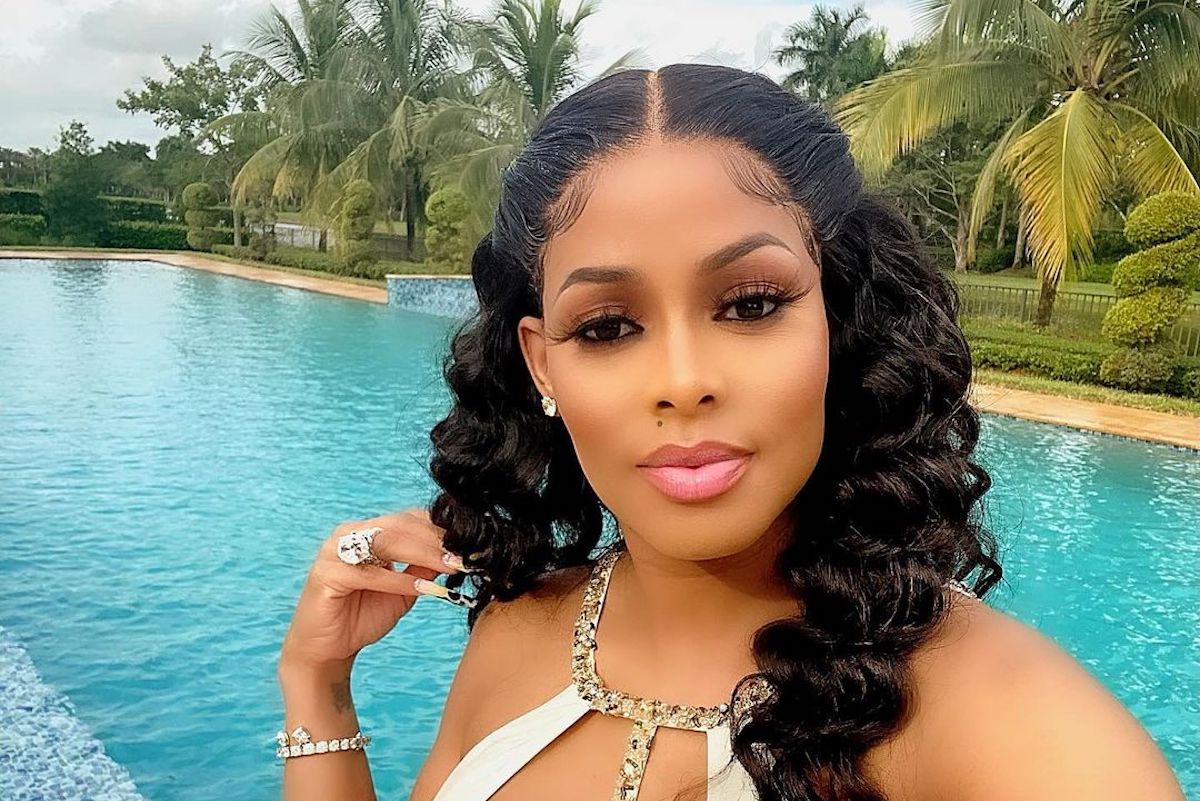 Some rumors never die. Shit has been spilling left and right just like the people drunk that tea she’s selling as Keyshia Ka’Oir denies leaving her children in Jamaica after rumors resurface.

Keyshia Ka’Oir is one of the most successful influencers on social media. The wife of rapper Gucci Mane, Keyshia is also known as a ride-or-die partner who stuck with her man through thick and thin. This week, however, a bunch of rumors has come back to haunt the 36-year-old as she fights off claims that she abandoned her children in Jamaica to pursue a career in the States. Akademiks is also set on resurfacing rumors pertaining to an alleged affair that Keyshia had with Yo Gotti while Gucci Mane was incarcerated. (see previous story)

Doing everything she can to end the narrative that she allegedly left three children in Jamaica before moving to the U.S., Keyshia Ka’Oir responded to a fan definitively after being asked about the speculation. “So do Keyshia Ka’oir really have other children in Jamaica?” asked a fan on Twitter. Catching wind of the tweet, the socialite emphatically shut down the rumors by responding, “NO!”

This rumor has been around for years, being reported back in 2017. At the time, Keyshia confirmed that she had children that she was raising in Atlanta with her husband Gucci Mane. However, she denied ever abandoning them in Jamaica. More recently, Keyshia gave birth a few months ago to her first child with Gucci, a healthy baby boy named Ice Davis.

What do you think about these rumors? Will Keyshia Ka’Oir be plagued with them forever? Watch her 2017 interview with The Breakfast Club below, where she discusses her kids.