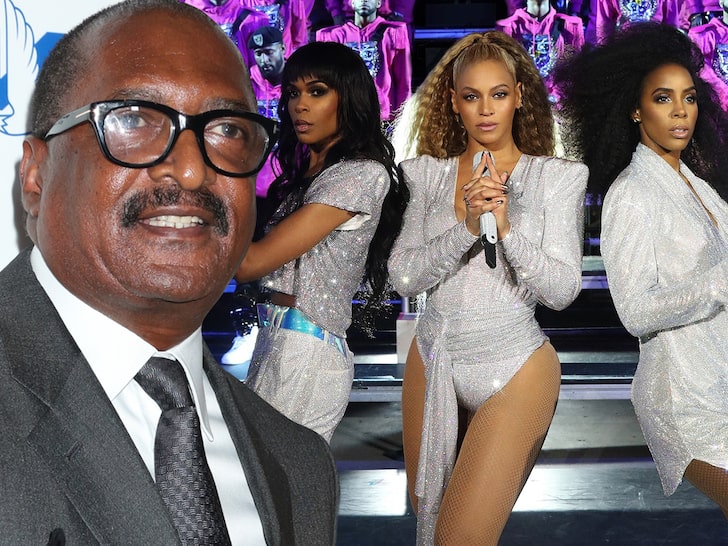 Another day, more internet assumptions that got people excited for no reason as Mathew Knowles confirms that this DC3 reunion the internet was throwing out all types of ideas about the last few days… is not happening.

With the way in which the music industry moves today, artists can unknowingly spark album rollout rumors by doing something as simple as changing their profile pictures or deleting pictures from their Instagram feed. Apparently, that’s exactly what happened earlier this week when the Destiny’s Child social media accounts updated their header pictures on Twitter and Facebook.

Just like that, rumors started spreading that the iconic trio of Beyoncé, Kelly Rowland, and Michelle Williams were either gearing up to release their first album since 2004 or teaming back up for a reunion tour. Coupled with the fact that Beyoncé recently told Harper’s Baazar that she is currently working on new music without giving the magazine too much information, fans were almost certain that a Destiny’s Child reunion was on the way. However, Daddy Knowles has come through to squash those rumors.

In an exclusive talk with the folks over TMZ, Destiny’s Child’s manager and Beyoncé’s father Mathew Knowles informed fans that the updates to Destiny’s Child’s social media accounts “were just a routine revamping by the record label.” Knowles further confirms that as of right now, Beyoncé, Kelly, and Michelle have absolutely no plans to “reunite, make an album, tour or do anything of the sort.”

On the bright side, Matthew Knowles’ comments all but confirm that Beyoncé is working on a new solo album, and according to TMZ, the manager-turned-podcaster teased that Destiny’s Child will take this newfound demand into account for the future.

Are you disappointed by this news or did you think nothing of the profile change? Would you be down for a new Destiny’s Child album or a reunion tour at some point?