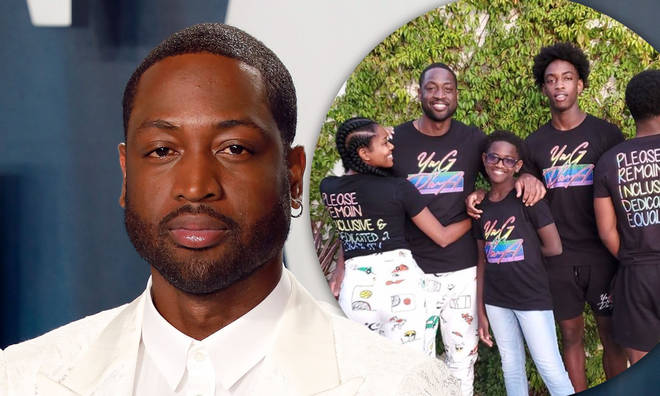 Dwyane Wade has been getting tons of love (and some ridiculous backlash from the ingorant) for being supportive of his 12-year-old child. Now, the NBA legend has revealed that Zion will now go by the name Zaya.

He continued, explaining the change, “Once Zaya, a 12-year-old came home — first Zion… I don’t know if everybody knows, originally named Zion born as a boy — once Zaya came home and said, ‘Hey, I want to talk to you guys. I think, going forward, I’m ready to live my truth.” He revealed the 12-year-old asked to be called “she” and to go by the name Zaya.

Wade explained, “Internally, it’s our job to one go out and get information, to reach out to every relationship that we have. My wife reached out to everyone on the cast of Pose. We just tried to figure out as much information as we can to help our child be her best self.” Pose is the FX show that highlights the Black and Latinx ballroom scene, which is a subculture in the queer community.

I’m so thankful Zaya has @itsgabrielleu and @DwyaneWade for parents. I wish my parents could have been half of this understanding when I came out.

It’s gonna make a WORLD of a difference in her life having their support.

Wade also said he affirmed Zaya, “I looked at her and said, ‘You are a leader. It’s our opportunity to allow you to be a voice’ Right now, it’s through us because she’s 12 years old, but eventually it will be through her.”

Previously, Wade has said Gabrielle Union helped him to be more open-minded with Zaya’s identity. Wade has another child, Zaire, 18, with ex-wife Siohvaughn Funches, who is Zaya’s biological mother. Also, a son, Xavier, 6, with Aja Metoyer. He has custody of his nephew, Dahveon, 17 and in November of 2018, Union and Wade welcomed their first daughter together, Kaavia James, via a surrogate.