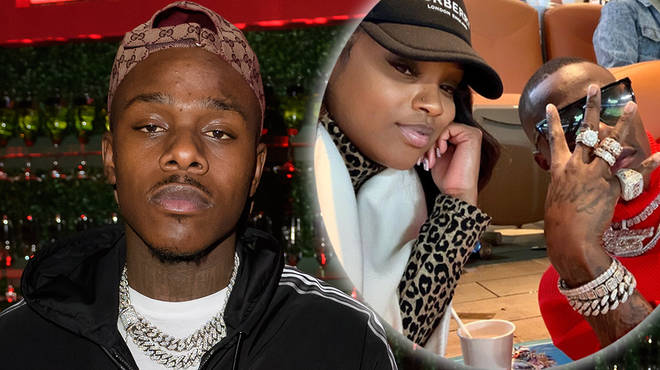 DaBaby’s baby mama, MeMe, suggests she is still with the rapper after he got another woman pregnant.

DaBaby’s relationship with his baby mama, MeMe, remained very low-key while his career was blowing up over the past year. He refrained from directly commenting on their relationship status, but MeMe said, back in November, that they were both single. However, she expanded on that statement by adding, “but that’s my boo though, regardless.” This left people thinking that DaBaby and MeMe had some sort of open relationship, but when MeMe discovered earlier this month that the rapper had gotten another woman pregnant, she appeared to be livid. She took to Instagram to expose DaBaby as “the number 1 capper” and accuse him of “policing” her.

DaBaby later responded to these accusations by claiming that he and MeMe were not together when he was messing around with the other woman. It seems this detail may have gotten him out of trouble because MeMe recent Instagram Stories suggest that the two have reconciled. During a Q&A, she was asked a few questions about where she and DaBaby stand now. One person asked if she misses the rapper, to which MeMe replied, “Miss him? Dats Me,” insinuating that she has no cause to miss DaBaby when she’s still his baby. Someone else inquired about the situation in a not-so-subtle manner when writing, “What are your thoughts on giving a cheater a second chance?” MeMe expressed her belief in forgiveness: “People move too much based on their flesh.. we’re supposed to do things of our spirit. If you love and wanna give them another chance do it. Life too short.”

She also hinted that she’s not holding any animosity towards DaBaby when quoting his lyrics and naming him as her current favourite rapper during the Q&A.