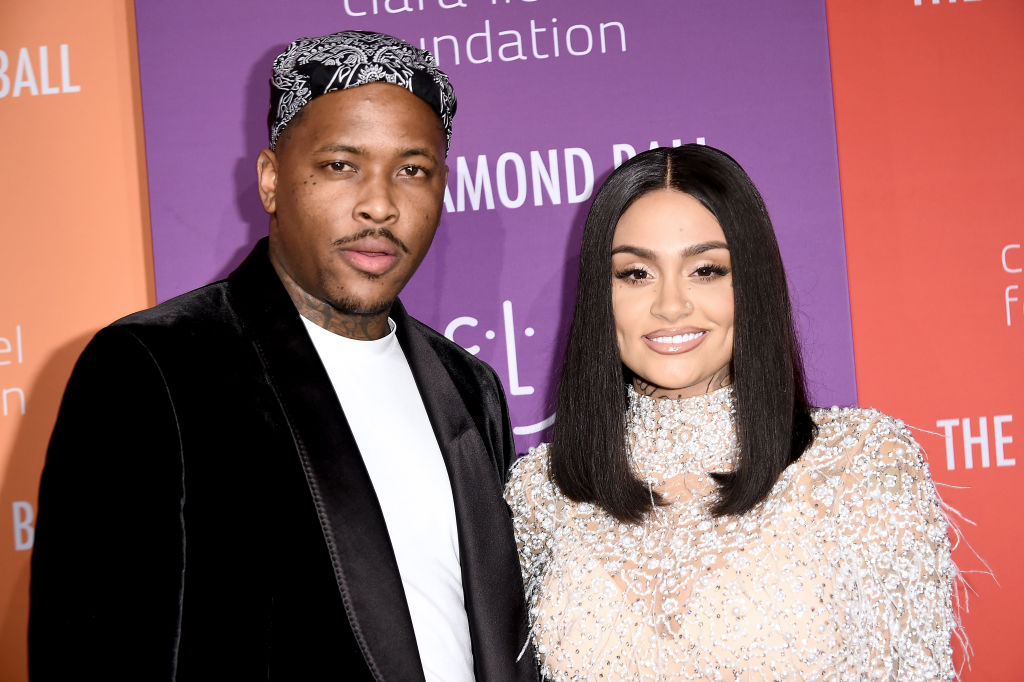 Kehlani and YG were all good just a week ago but, after Valentine’s Day Weekend, they have announced their break-up.

After releasing a joint single together on Valentine’s Day, loving each other loudly and proudly, it would appear as though YG and Kehlani have broken up for good. The couple had been together for months, serving as one of the cutest hip-hop power couples around, attending red carpet events together and seeming battling their demons as a collective unit. Unfortunately though, YG may have ruined his chances at ever landing the Bay Area queen as his wife because, today, she wakes us all up with a new song called “Valentine’s Day (Shameful)” where she seemingly addresses all that went wrong in their relationship.

It was all good just three days ago but, somewhere along the way, Kehlani woke up in the middle of the night, followed her intuition and went to read some of her boyfriend’s text messages before realizing that, much like a few weeks ago, he had been cheating on her with another woman. Or, at least that’s what she’s leading us to believe. Lani does not mention the Compton rapper by name in the song, which was released exclusively on SoundCloud, noting that he doesn’t even deserve the “recognition.” Admitting that she’s being a little immature, Kehlani says that she hopes her ex-lover finally gets that Paris honeymoon he’s been wanting, as well as the son he’s been craving, and more.

Later on Twitter, the singer told fans that she is currently single, which would appear to confirm that the track is about YG. We hope that they can both find love. Listen to the record below.

Girl Kehlani and yg broke up again??? How you celebrate on Valentine’s Day and release a joint single at that just to be cryin on SoundCloud two days later omg 😭😭

Kehlani announces she’s single and ………….. YG STILL HAS HER NAME TATTED should be the headline 😩

Kehlani and YG were just “happy” and all “in love” on Valentine’s Day and dropped a song together. Now all of a sudden Kehlani announces she’s single and drops a new song called Valentines Day pic.twitter.com/0IZ6OS5Qi8

Not gone lie I think Kehlani’s toxic😂 only for the simple fact mfs do her dirty and she stay with them and really don’t forgive them 😂😂😂 that’s crazy but every Taurus is like this.

@Kehlani new single "Shameful", you can hear all the pain.. shit hurts when you go through a breakup or heartbreak like that.. especially when you made an impact in somebody life