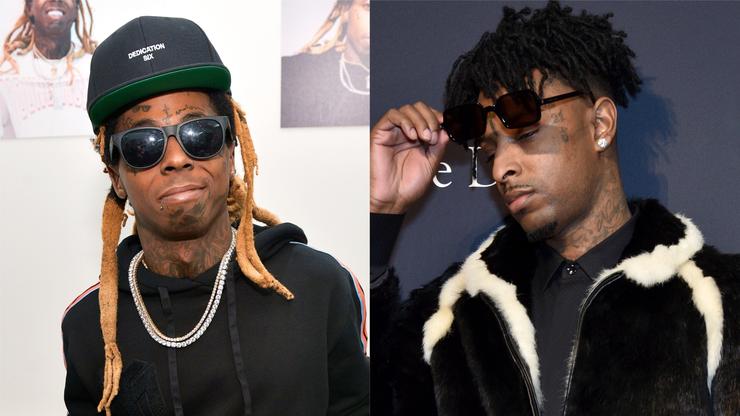 Lil Wayne is admittedly not very in tune with current rap artists.

With Lil Wayne releasing his brand new album Funeral today, he’s out here pulling some press to promote the project, appearing on Drink Champs and chatting it up with the hosts. Considering the interview runs for just over two hours, there’s a lot to unpack. However, one tidbit stands out from the video, which is officially live for your consumption. When speaking about how he rarely is in tune with current rap trends, Lil Wayne noted that some rappers have gotten upset that the legend hasn’t acknowledged their hustle. One of those stars was 21 Savage.

Telling NORE about how some artists have had problems with him saying he “doesn’t know” who they are in public, Lil Tunechi brought up an issue he had with 21 Savage. “I’ve ran into a bunch of artists that had problems with me saying before that I don’t know them publicly and saying that I don’t know who that person was or maybe mistaking that person,” started Weezy. “I remember I mistook 21 Savage for a damn group. When they asked me [about him] I said ‘They got 21 fucking lil rappers in one group?’ I was so serious. I was like, ‘Man, that’s like a new Wu-Tang, right?’ And the person with the mic was like ‘You serious right now, huh?’ and I was like ‘I’m very serious.'”

Apparently, 21 Savage was shook that Wayne didn’t know who he was, taking it to heart. Since then though, the two have linked up and Savage supposedly understands Wayne’s confusion.

Listen to the full interview below and peep his comments about 21 Savage above.