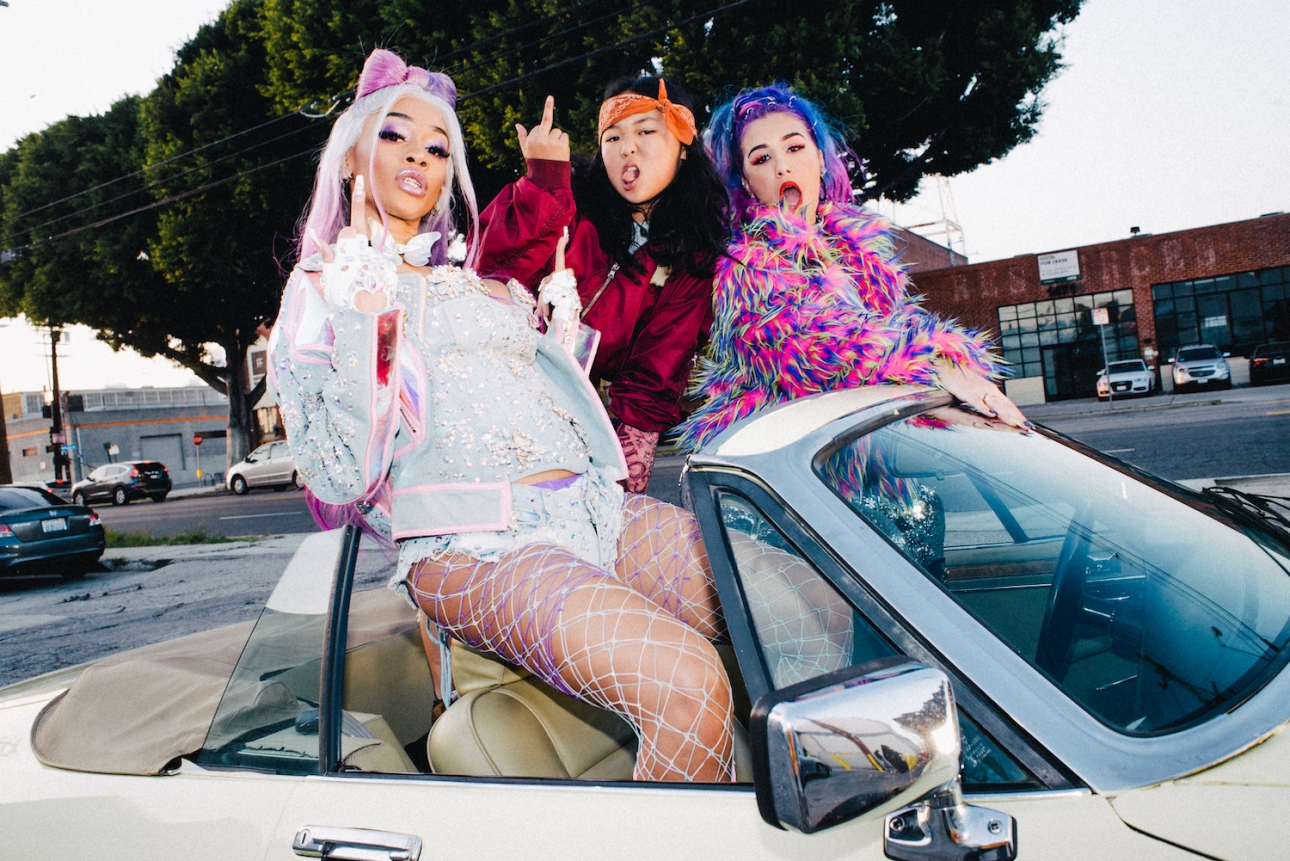 The girl power anthems from the Birds of Prey soundtrack continue to roll out, and this time, it’s Saweetie and GALXARA’s turn. The two artists delivered their collaborative effort “Sway With Me” that gives a nod to the jazz-pop standard “Sway.” Both the film and the Birds of Prey album arrive on February 7, and Saweetie recently jokingly shared with Variety that when she was asked to be on the record, she “passed out.”

The Bay Area rapper is a fan of the maniacal comic book character, so it was only fitting that she makes an appearance on the Birds of Prey soundtrack. “I love Harley Quinn. I was her for Halloween,” Saweetie said. “So, the fact that I was able to contribute to something that’s so monumental means everything to me.” Check out “Sway With Me” and let us know what you think.
Quotable Lyrics

Super sly chick (Ayy), I be on the list
Always in the mix, I blow back a kiss
Bad boy want this, bad boy don’t miss (Haha)
Run up on me, I bet he get the gist (Yeah)
Harley, Harley, catch a quick body
Vroom, vroom, vroom like I’m ridin’ a Harley (Skrrt)
But I’m in a Rari (Rari); sorry, not sorry (Sorry)
Didn’t say a peep, but I know them birds saw me

Take a look at the explosive video for the track below and let us know what you think. ISSA BOP OR ISSA FLOP?