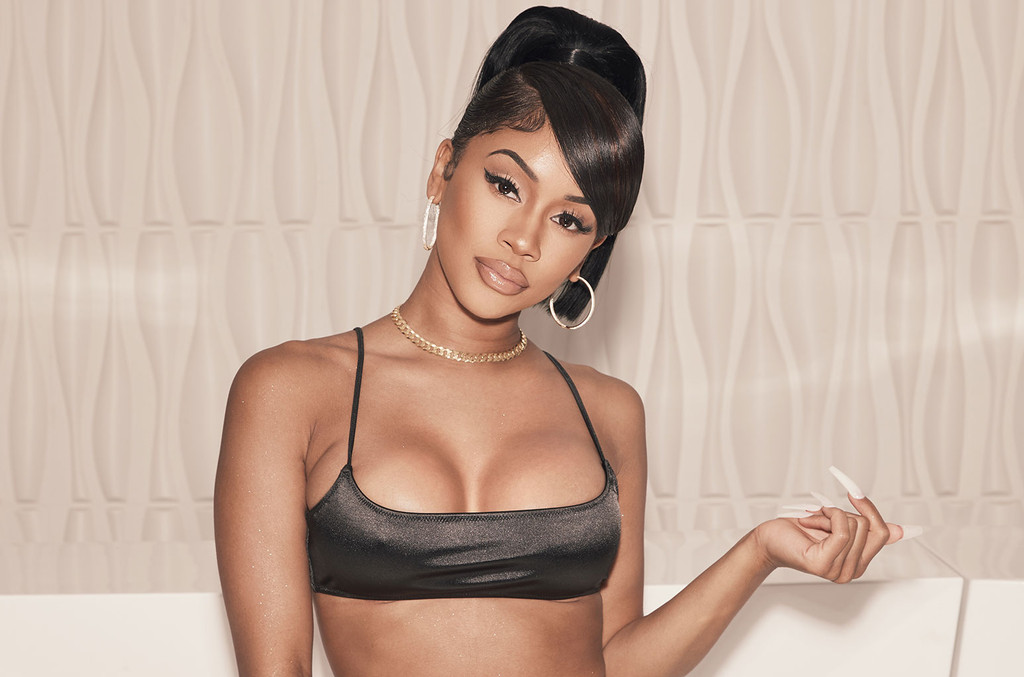 Saweetie gets playful on her bouncy new single “Tap In,” which samples a classic Too $hort banger.

Saweetie has been steadily gearing up to release her upcoming album Pretty Bitch Music, and today marks the arrival of the lead single “Tap In.” Too $hort fans will instantly recognize the instrumental as “Blow The Whistle,” as Saweetie made sure to get the rapper’s blessing before firing this one into the world. Taking to the infectious bass-driven groove, Saweetie breaks it down with a slick flow, revealing plenty of character as she slides into new and increasingly playful rhyme schemes.

“Billionaire n**as wanna eat me out,” she boasts, officially entering x-rated territory. “Bitch I’m from the West Coast, they wanna go down South / All these lame-ass n***s tryna fuck for clout.” When all is said and done, it always comes back to the clout. Unwanted advances aside, Saweetie appears to be loving life, her confidence and infectious energy seemingly boundless throughout her new single. And from the sound of it, Pretty Bitch Music will bring more of that to the table.

“I’m still developing myself as an artist,” she explained to Zane Lowe, speaking on Beats 1 following the release of “Tap In.” “So, it took me a year to kind of just tap in with myself. No pun intended.” Check out the brand new song right now, and sound off — is this one destined to become a summer smash?

QUOTABLE LYRICS:
Billionaire n***s wanna eat me out
Bitch I’m from the West Coast, they wanna go down South
All these lame-ass n***s tryna fuck for clout
I won’t let him hit but he can put it in his mouth