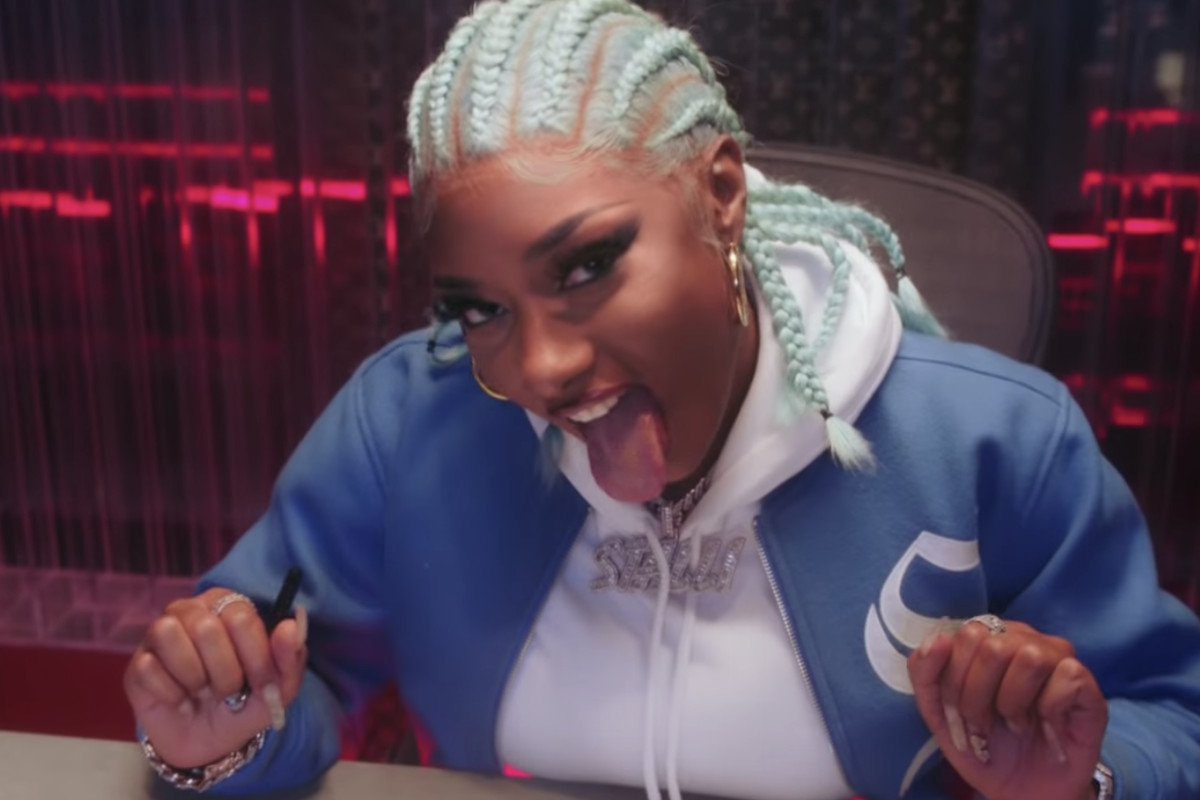 Megan Thee Stallion is giving Cleo vibes with her cornrows while basically having a wild party in the studio in her self-directed video for her “Suga” single “Captain Hook.”

Megan Thee Stallion fans have been raving and picking their fave tracks from her new EP ‘Suga,’ now Thee Stallion returns with another visual from the project. After releasing the music video for her previous single “B.I.T.C.H,” Meg delivers her self-directed visual for “Captain Hook.” The track seems to be a fan favorite as it’s on many shortlists as a stand-out of the EP being a hard-hitting rap cut and an ode to men with curves in all the right places.

A press release reads: “The video casts her hotties into select scenes, allowing Megan to encourage her message of positivity and female kinship in Suga’s own, hyper-glamourous world. The visual depicts Megan recording the track in the studio with her closest friends, setting the tone for the song’s raucous energy by inviting more and more hotties to the session. Culminating in the ultimate hottie party, ‘Captain Hook’ becomes the soundtrack to one of the wildest nights out Houston has ever seen, with Thee Stallion in full command of the boat.”

While the video certainly isn’t anything flashy or special to look at it, perhaps Stallion wanted to keep the focus to the track. Take a look at the video below and let us know what you think. ISSA BOP OR ISSA FLOP?

Quotable lyrics:
I like to drink and I like to have sex
I fuck the n*ggas that’s cutting the checks
Dance on the dick, now, you been served
I like a dick with a little bit of curve
Hit this p*ssy with an uppercut
Call that n*gga Captain Hook