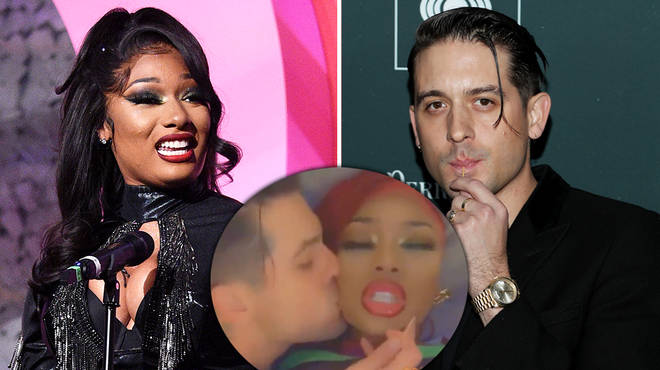 Megan Thee Stallion & G-Eazy seemed to be getting comfortable per video evidence that found the duo cozying up while partying at a pre-Super Bowl celebration this past weekend in addition to a clip uploaded by Megan that shows the Bay Area rapper kissing her face and neck.

Per usual, Megan’s fan base seems hell-bent on keeping the Hot Girl In Chief outside of the bounds of a traditional relationship. For the most part, the response on social media has been somewhere along the negative, echoing the same sentiment that Hotties worldwide adopted when Meg was in a relationship with Moneybagg Yo.

I cannot believe what I’m seeing since when did Megan and G-Eazy get this cozy 😂 pic.twitter.com/IQtwrcWiod

megan when she wakes up next to g-easy in the morning pic.twitter.com/RiaSNZnNMJ

Megan thee Stallion and G-Eazy are together?

Yeah time for me to go to sleep I see to much Megan and g-eazy on my timeline pic.twitter.com/XjS9FzFUoj

Elsewhere, we are awaiting Megan’s full-length debut album. Previewing the effort with her newst “B.I.T.C.H.” single, Megan has previously revelaed that Suga is a concept album based on Tina Snow’s best friend.

“I felt like my mixtapes were me flirting with my fans,” Megan told NPR. “I never wanted to do an album ’cause I was like, ‘Oh, that feel like a marriage. That’s a commitment.’ But now, I’m ready to settle down with an album.”