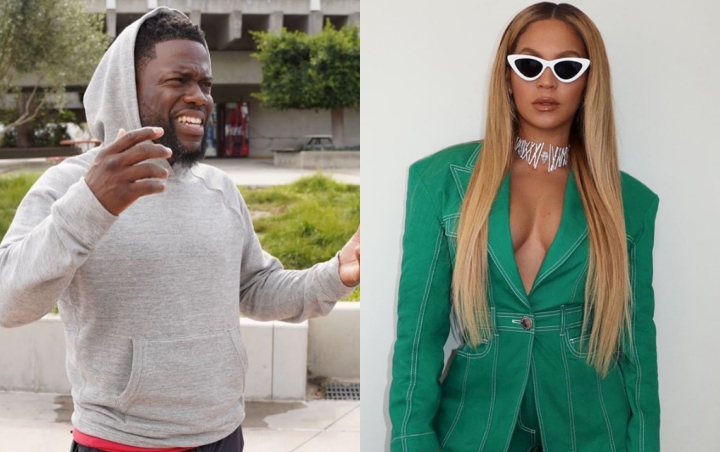 Kevin Hart continues to entertain the masses with personal stories that seem to be embarrassing moments for the film star.

We may not know what went down in the elevator, but Kevin Hart dropped off his own mortifying encounter with Jay Z and Beyoncé. This “Stay At Home”-ordered quarantine has celebrities coming up with inventive ways to keep the public entertained. Talk shows are conducting interviews fro home, concerts are being performed from living rooms, and Kevin Hart is sharing random comedic stories of embarrassing incidents.

We’ve already heard the one about Kevin defecating on himself while on stage, and now he’s back with a tale involving the Knowles-Carters. According to Kevin, he was at a nightclub in his VIP section during All-Star Weekend in Houston. Jay and Bey were in their section and Kevin was invited over. The section was packed full of people so he couldn’t see everyone that was there, but Jay Z asked him if he wanted a drink. Kevin said he reached over and knocked over a canister of pineapple juice without knowing the entire thing spilled on Beyoncé who was sitting behind Hov.

As Bey used stacks of napkins to clean up the juice that had spilled on her legs and ruined her shoes, Kevin shared that he felt terrible about the situation. So, in turn, he reached in his pocket, pulled out some cash, and gave it to Jay in a handshake. Kevin told Jay not to look at it until he was gone because it was the least he could do. You’ll have to watch until the end to see the funny punchline. Check out Kevin Hart bringing a little of comedy relief for fans below.

What in the world would you do if you spilled something on the Queen Bey?