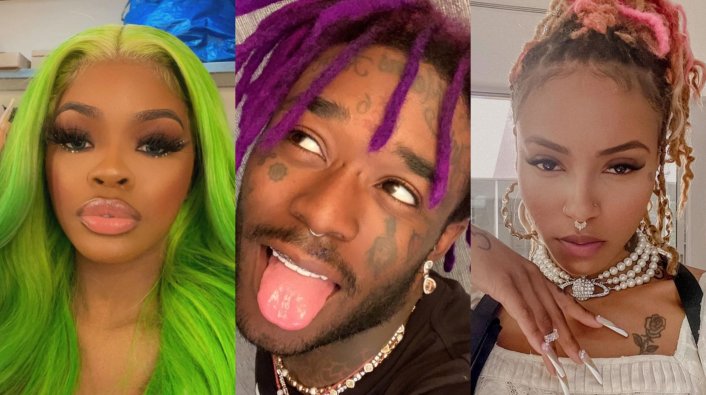 One thing about JT, once she gets going (especially about Uzi), it keeps going and going. The City Girls rapper took multiple shots at the former girlfriend of Lil Uzi Vert.

Lil Uzi Vert and JT have quickly become one of the most talked-about couples in hip-hop since going public with their relationship a few months ago. The couple is even slated to appear on the cover of men’s fashion magazine Arena Homme +. Of course, their union has not been without some drama. The City Girl’s rapper has proven countless times she’s unafraid to air out beef on the internet if need be, most recently taking aim at one other than Brittany Byrd.

Firing off more than ten tweets taking shots at the former girlfriend of Uzi, JT held nothing back as she ripped Byrd apart. She began the tirade with the general warning, “All jokes aside for someone who left someone the obsession is real, move on … be happy live your life!

Folks instantly suspected JT was taking aim at Brittany, her subsequent tweets seem to suggest Brittany was mocking JT and Uzi’s recent leaked cover photos for Arena Homme where he posed it briefs, after the cover went public, Byrd tweeted a sock emoji suggested his man-meat may not be what it appears in the photo. “Those photos were leaks! But it’s cool. I’m still that b*tch,” tweeted JT. A few moments before the “Jobs” artist began going in on Byrd, the former girlfriend of Uzi had tweeted a simple “LMFAO,” presumably aimed at the couple’s cover photos.

Based on the wide selection of tweets from JT, the attacks are not unprovoked. In response to a fan suggesting Brittany was the source of the drama, she replied, “She sneak diss me all the time saying I’m trying to be her I’m her son, please tell me how? You the one put on a wig after you got left.”

In another tweet, the Miami native ranted, “B*tch has nothing to show for that long pointless a*s relationship just drip pics & text messages! You not a baby mama wife nothing move on animated grasshopper.” In addition to the tweets, “JayTEA” altered her header to a suggestive image of what appears to be Brittany performing a questionable act on the hood of a car. Read through JT’s relentless reading of Brittany Byrd above and below. Who would have thought Lil Uzi could have the girls out here fighting like this. What do you think of this latest drama?