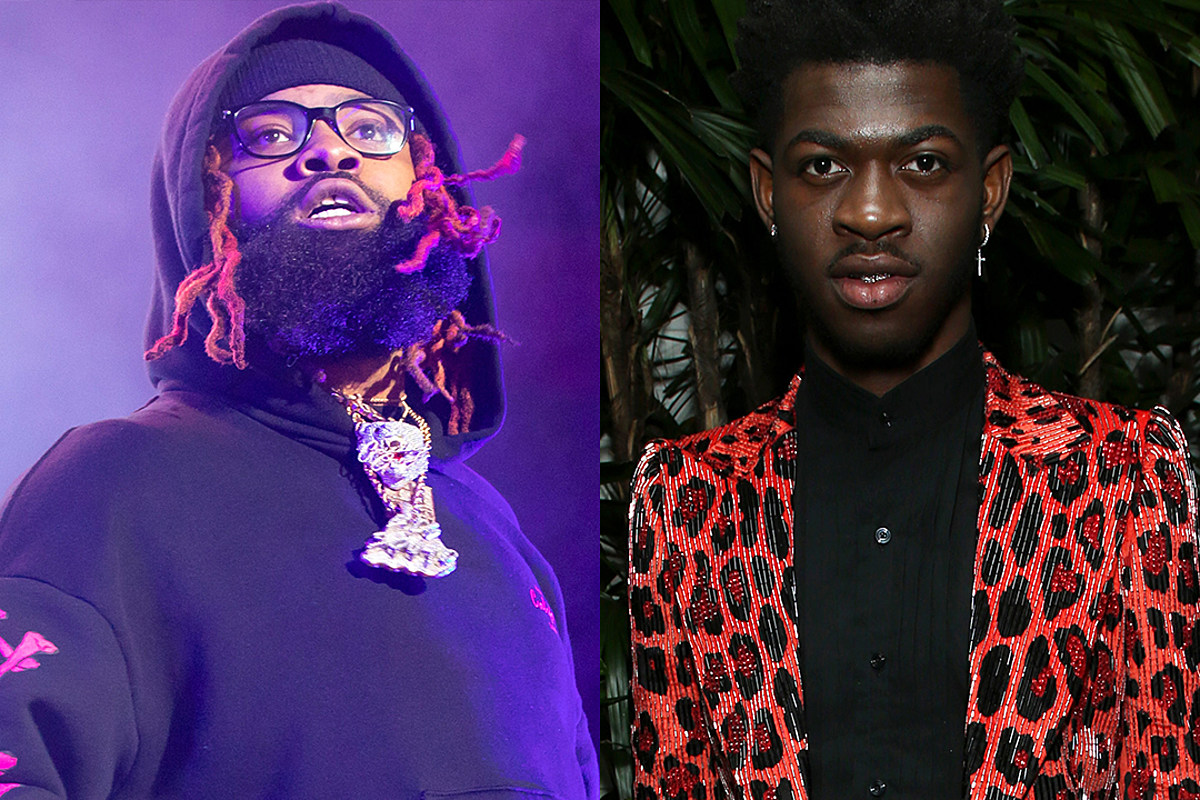 Lil Nas X threw most of us for a loop with his decision to drop a dose of human blood in some Nike’s and dedicate them to the devil, however, someone should probably explain to Sada Baby that that doesn’t make it okay to wish tragic situations on them…

One has to wonder whether or not Lil Nas X knew exactly what he was sitting on prior to the release of “MONTERO’s” controversial video. There stand many who appreciate what Lil Nas X brought to the table with “MONTERO,” rewarding the pop sensation with yet another number one record on the Billboard Hot 100. On the other hand, the song has reached undeniable levels of infamy, with Lil Nas X’s Satanic lapdance and subsequent tie-in shoe release having drawn a lot of negative feedback from public figures and rappers alike.

Following the height of “MONTERO’s” release, as well as the alarming hospitalization of DMX, Detroit rapper Sada Baby responded by sparking a controversy of his own. “Lord we said Lil Nas X, not DMX,” wrote the rapper, an Instagram post that ultimately earned Sada no shortage of backlash and accusations of homophobia (mostly based on his past instances with being openly homophobic). Lil Nas X himself actually responded to a report on Sada’s post, writing “this is so fucked up omg” before encouraging fans to keep “MONTERO’s” momentum strong.

Apparently Sada Baby may have a good PR in his corner now however. Now, Sada has come forward to clear the air, taking to Instagram to address the backlash he’s been receiving since his initial post. “I said what I said in that post because of the shoes,” he begins, alluding to Lil Nas X’s MSCHF collaboration. “That’s it. The Devil shoes, the Devil in the video. Giving the Devil a lapdance. Wild, that shit crazy. That will never be no shit I sympathize with or empathize with or agree with. But I wasn’t wishing death on blood for real, nobody want a n***a dead.”

“His main audience is kids,” continues Sada. “What you showing to kids is you giving the Devil a lapdance. I don’t want to walk in a room anywhere with any of my family and see my kids imitating what they see in that video in any way. That’s not something I agree with. But yeah, I apologize to Lil Buddy if he feel I wanted him dead.”

Check out Sada Baby’s message regarding Lil Nas X below.