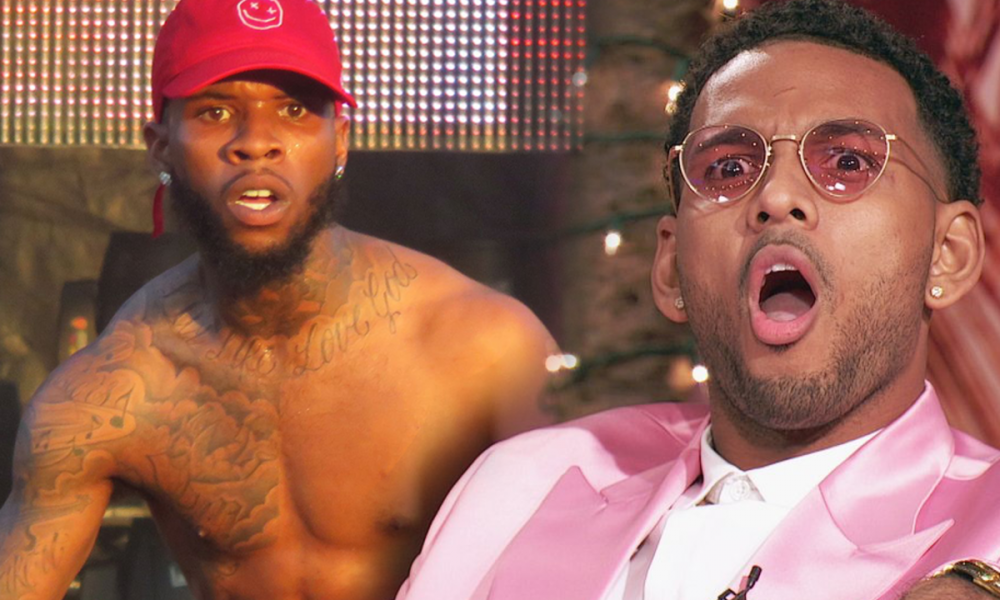 The petite rapper has allegedly put his little paw on Prince twice but the reality star says he’ll drop his assault lawsuit against Lanez if he meets him in the ring.

He’s accused Tory Lanez of assaulting him in a nightclub back in November 2019, but Love & Hip Hop Miami’s Prince has recently filed a police report against the singer. According to Prince, real name Christopher Michael Hardy, he had yet another altercation with Lanez last week when the reality star alleges that he was sucker-punched in the left side of his face.

Prince has shared a video of what he claims are his injuries from the most recent altercation, and yesterday (May 12), he shared a clip of him playing basketball with Lanez. In the caption, Prince petitions for his shot to go toe-to-toe with the singer in the boxing ring.

“I feel like y’all genuinely feel like this man can walk up to me , smack me in mouth & just keep going like sh*t cool …. by himself,” wrote Prince. “I will BEAT THE SH*T OUT OF SHORTY LANEZ . But unfortunately, he has more money & is just way more lit than I am . So he can afford to keep big security n*ggas around to protect him EVERYWHERE he goes . Or pay for the Zoe’s in Miami to protect him . I’m forever alone , or with women . Only options available to me to retaliate will end up with me in prison , dead or seriously f*cked up .”

“So let’s do this … I’ll drop the lawsuit against you @torylanez , if you let @triller & @celebrityboxing1 set up a fight between us,” Prince continued. “So now you don’t have to run me a bag , & we can make a bag together . & really show the people what they want . That you’ll pop me in mouth & beat my ass . Cuz you can right ? @johnnydonovan make it happen . Floyd fighting Logan , someone get us on the card.”

Tory has denied any involvement in the assault on Prince. Check out the posts below.