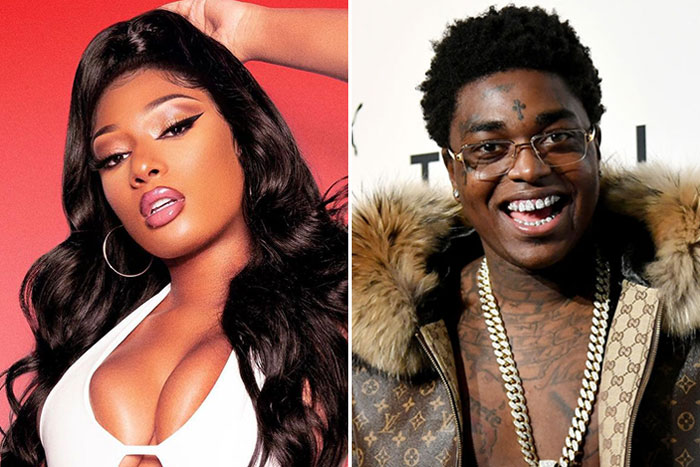 Kodak Black really is really seeking some type of acknowledgement or ride from Thee Stallion.

Despite it only being a few months, it feels like it’s been years since Kodak Black has been back with us after his federal prison sentence was expedited by former POTUS Donald Trump. Kodak has definitely maintained a heavy presence on social media since being released, constantly interacting with fans via his Instagram live streams even in so far as joking with them about the clone conspiracy surrounding him. It seems he’s also developed quite the ego over that time behind bars as well as in recent weeks he’s taken ownership for inspiring Jay-Z’s dreads and even claiming he “made Megan Thee Stallion’s career,” from the simple term “Drive the Boat.” Now, it seems Kodak is looking to further those claims by putting it on wax as he made previewed a new song.

Titled “Drive the Boat,” the rapper shared a preview of the gritty new track via Instagram. He spits on the track: “Roll out the Benz like a bodybuilder/ I shoot a n*gga in the head I face time a n*gga/ I told her man don’t call my phone when I be vibin with her/Drop her a bracelet off the drone cus I’m a fly lil n*gga/Everything I say turn into a quote boy go ask Meg thee Stallion/I ask her let me drive the boat they thought I was Lil Yachty.”

Kodak’s intention here seems a bit all over the place as though the rapper initially came for Megan thee Stallion claiming she took his phrase “drive the boat” without showing him any love, he quickly sidetracked from his initial statements about her. “Make a whole career off of taking one Lil piece of my sh*t & I B Coming For My Money,” he wrote in a since-deleted tweet about Megan allegedly stealing his “drive the boat” phrase. “Baby ain’t have to go out her way to give my credit but the opportunity came to her.”

He then took a step back from his comments, sending love over to the Houston Hottie instead. “Congratulations Tho Lol I Just Be Bullsh*tting You Good Black Queen I Salute That Shit #KeepItUp,” he wrote under one of her posts.

It shouldn’t be Kodak Claims it should be “Megan STOLE” and “KODAK FINALLY SPEAKS 🙏🏽” https://t.co/p61Sravl7p

#kodakblack calls out #megantheestallion for stealing his “drive da boat” quote without giving him any credit. ‼️👀 What y'all think?!? pic.twitter.com/lyOi5m4cGX

It’s likely the line meant no harm, but it does seem like he’s taking a stance as the originator of “drive the boat,” (as if it really matters). Quiet as it’s kept, Megan actually did show Kodak love when asked how she came up with the phrase in an interview. Also, Kodak was literally asking to drive a boat when his video saying the phrase went viral so their meanings are not similar in the least. Lastly, who cares? If we want to talk about a phrase that “made,” Megan then maybe we should find someone who came up with “Hot Girl Summer” because this here seems petty to me. What do you guys think of all this? Are you looking forward to Kodak’s song?