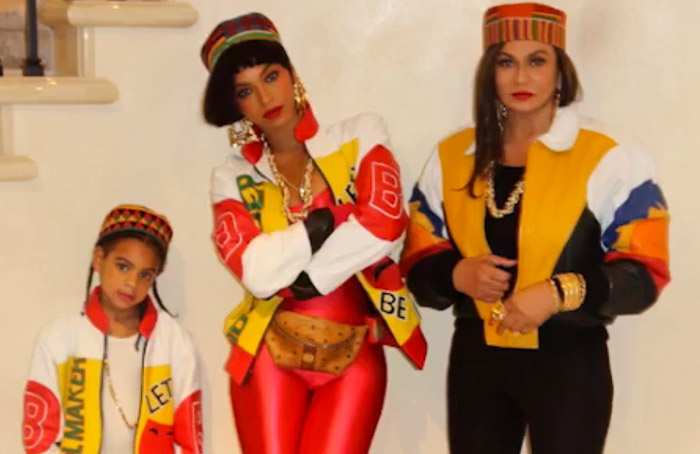 Beyoncé is never one to disappoint, Halloween parties included.

Recreating the look from Salt-N-Pepa’s classic “Push It” music video, Beyoncé, Blue Ivy, and Tina Lawson rocked matching outfits while celebrating cousin Angela Beyince’s 40th birthday at an ’80s and ’90s-themed bash over Halloween weekend.
Jay Z was also there and joined in on the fun dressed as “A Different World’s” Dwayne Wayne, rocking his classic flip-up glasses and cross color jacket. Hov added his own flare, accentuating the outfit with a gold rope chain.

The Carters are no stranger to dressing the part. Recently, Queen Bey celebrated her 35th birthday with a “Soul Train”-themed party. But the family usually has fun on Halloween too. In the past, they’ve dressed up as Frida Kahlo and Jean-Michel Basquiat and the cast of Coming to America.