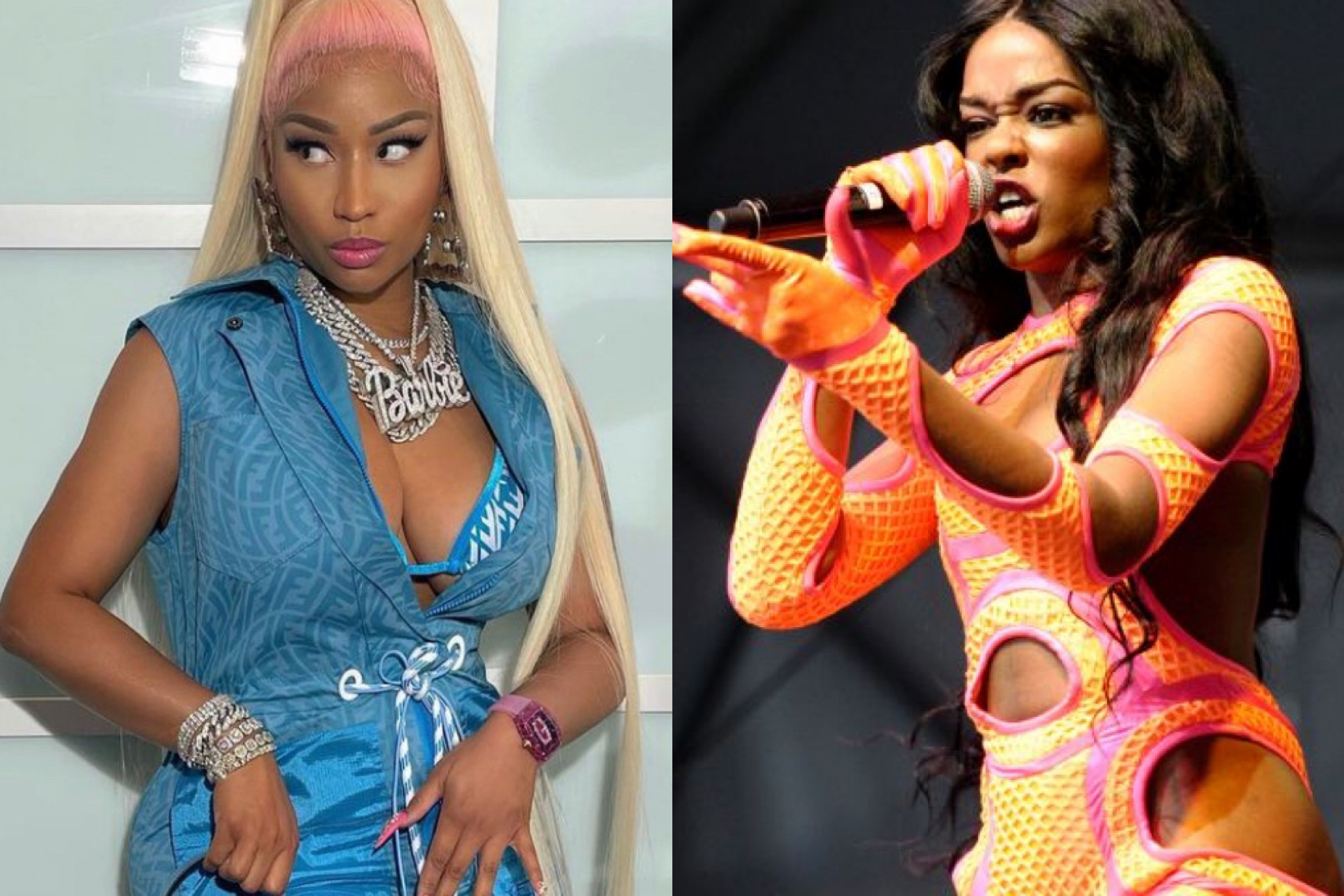 Azealia Banks basically suggests that Minaj is on that booger sugar while simultaneously body shaming her. So…typical Azealia behavior.

Late Thursday night, Nicki Minaj went on Instagram Live to reveal the big release she had been teasing for her fans. Though many were assuming they were about to receive a lead single from her upcoming album, the “Chun-Li” rapper instead chose to honor the 12-year anniversary of her game-changing 2009 mixtape Beam Me Up Scotty by uploading it to streaming services for the first time along with three previously unreleased songs.

While Minaj’s fans were more than willing to accept whatever their “Queen” decided to serve them, other fans and artists drew negatives takes from Nicki’s live stream, and most notably, one of those people was Azealia Banks. Per usual.

Never one to hold her tongue of unsolicited opinions, Azealia Banks initially reacted to Nicki Minaj’s physique in the pictures leading up to her surprise release. When one of Minaj’s cult followers challenged Azealia’s previous disses about Minaj hiding her body behind pillows, Azealia absolutely doubled down by body-shaming her and criticizing the alleged plastic surgery that she has undergone.

“It’s giving, I f*cked my body up so much all I can fit is spandex,” Azealia Banks says in response to Nicki Minaj’s figure. “All them years of calling b*tches her sons – she looks like a BREEDER LMAOO.”

Azealia Banks didn’t stop there, however. After body-shaming the Pink Friday artist, she also starts to criticize her for her demeanor during her live. For those who were unable to tune into Nicki’s live stream on Thursday night, the femcee appeared to have a case of the sniffles, which she attributed to having just cried prior to going live. Fans during the stream wondered if she was sick, and Azealia Banks toyed with that idea before eventually deducing that the sniffles were a result of drug use.

In a series of videos posted to her story Azealia Banks discusses her stance on Nicki Minaj’s alleged drug use, saying, “The girls love to kee and kackle on the rap girls, but we definitely just lost DMX to like loose drugs in the bag substance abuse. It’s not that funny.”

What started off as jest and seemingly heartfelt commentary quickly became more scathing as Banks began criticizing Nicki for going live like that in the first place. “Hip-Hop, we need to discuss this because…that was very inappropriate,” she states. “That was very BCW [Bureau of Child Welfare], ACS [Administration for Children’s Services]. Like no, remove the child from that home. That was very inappropriate.”

Body shaming aside, do you think that Azealia Banks is worried about Nicki Minaj’s wellbeing or is Azealia just being Azealia again? Quiet as it’s kept I thought Azealia was a fan of the booger sugar herself with her antics but it could just be crazy.