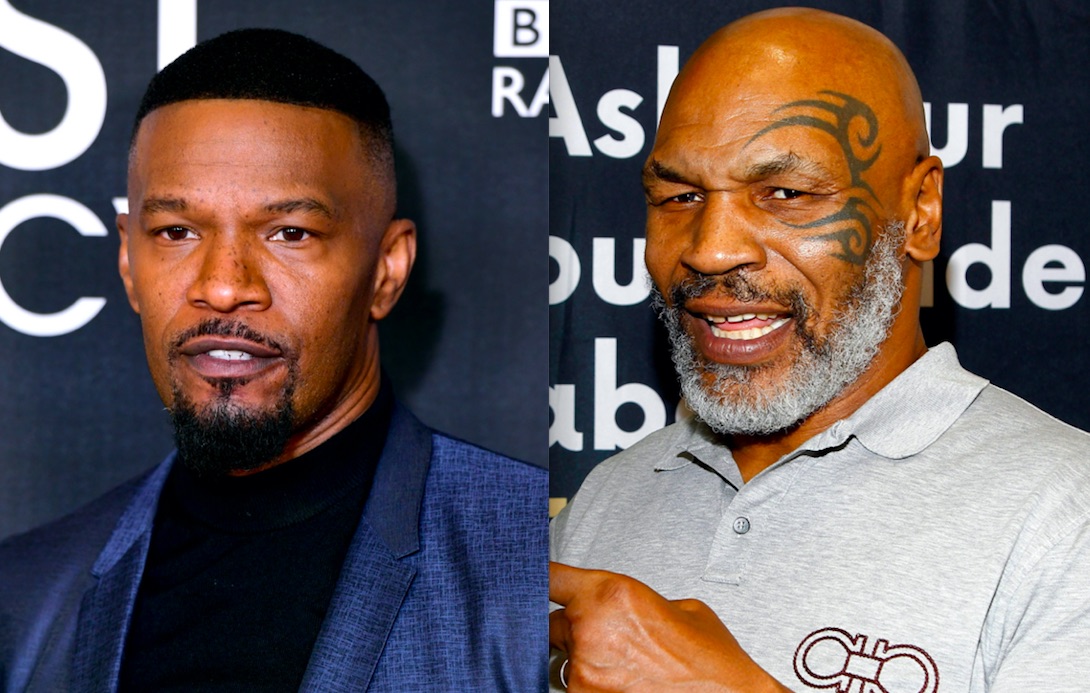 Jamie Foxx confirmed that his Mike Tyson biopic is officially underway after years of anticipation and showed off his transformation into the ripped boxer.

Jamie Foxx has been itching to play Mike Tyson for quite some time now, and it looks like 2020 is finally going to be the year that his wish will come true. The actor has been teasing a biopic starring himself in the role of the legendary boxer for years, but Jamie recently confirmed that the project is officially underway. While chatting with Mark Birnbaum on his Instagram Live series, Catching Up With Mark Birnbaum, Jamie insisted that it is a “definitive yes” that the movie is finally happening. “Look, doing biographies is a tough thing,” he admitted. “Sometimes it takes 20 years to get them done. But we officially got the real ball rolling.”

While talking to Mark about how he’s been preparing for the demanding role, Jamie proceeded to show off his muscular physique. “Every other day, I do 60 pull-ups, we do 60 dips, we do 100 push-ups…[but] I ain’t got no calf muscles, so we’re gonna have to get some prosthetics for that.” Around the 56:30 mark, he shows Mark some photos of how much he’s bulked up for the role thus far.

The greatest of our generation for the hour Jamie Foxx

“Just the technology of how I’m gonna look,” he continued. “I guarantee you people will run up on me in the street, and ask for autographs, and think that I’m Mike.” He notes that the film will examine different stages of Mike’s life, from the height of his career to his older years. “Everybody evolves. I think when we lay the layers on Mike Tyson in this story, I think everybody from young and old will be able to understand this man’s journey.”

Are you excited for this movie to come out?