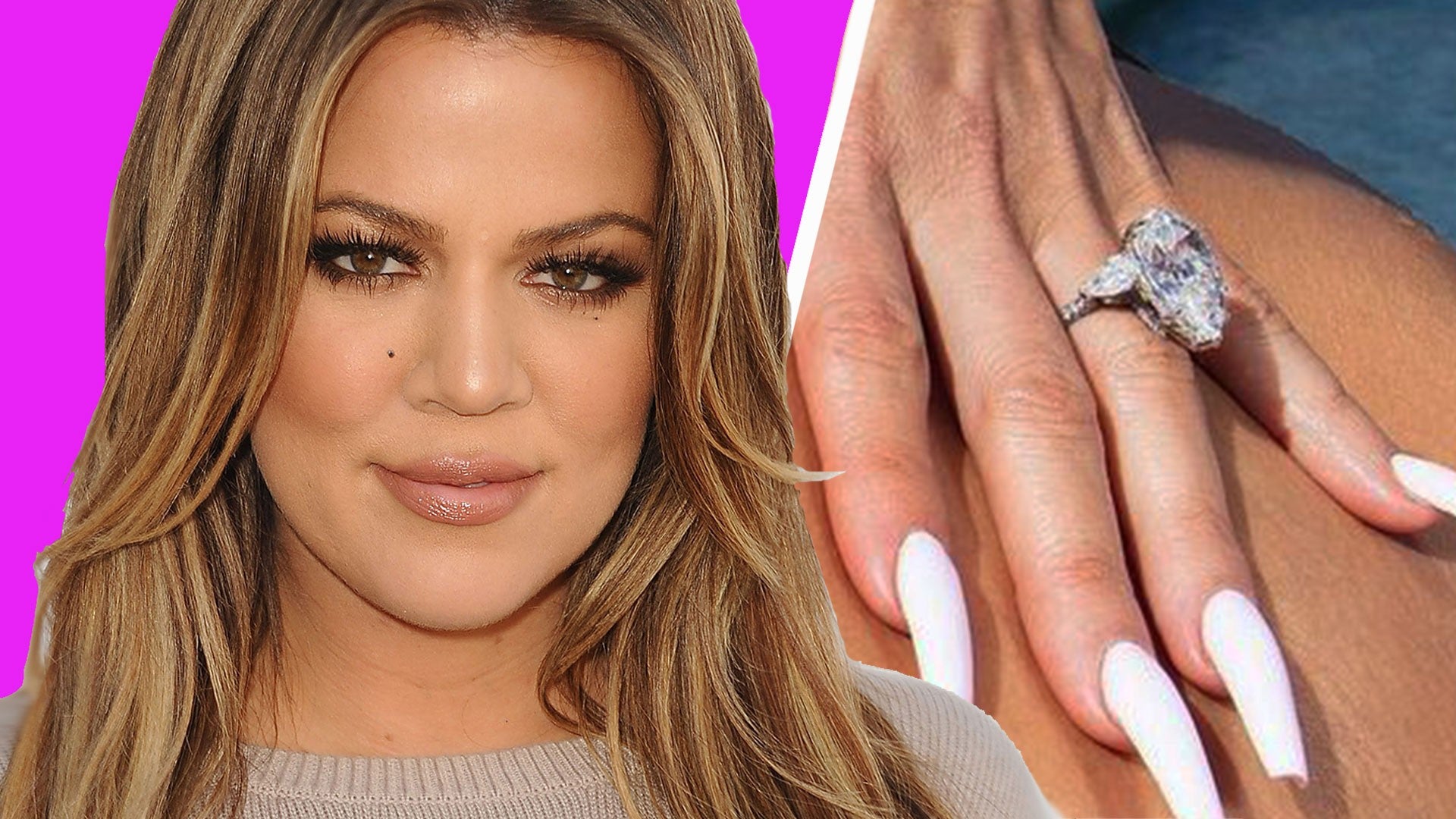 Apparently, Khloe always had the ring…and simply used that big ol’ thing as a way to get folks to pay attention to her advertisement. Kris Jenner 101.

Khloe Kardashian and Tristan Thompson always seem to be in some form of relationship drama, whether it’s positive or negative. Most recently, fans began to speculate whether or not the couple got engaged (see previous story), after seeing a Good American ad that Khloe posted to her Instagram on Sunday. In the ad, Khloe is seen kneeling in front of the camera displaying a new pair of shoes that her brand is selling, with her hand poised delicately on her backside and a massive diamond ring that you can see more of than the damn shoes.

Since the ring was on *that* finger, the internet immediately began to do it’s thing wondering if this meant Khloe and Tristan were engaged. “Is this her way of letting us know she’s engaged?!” one commenter asked. “It’s the ring for me,” another added. Tristan played coy in the comments as well, jokingly writing, “WOW!!!!!!! That grass is cut to perfection.”

According to a source close to the family, however, the ring is not from Thompson. In fact, Khloe has had the ring for quite some time. She wore it during an outing in Boston in December, which also caused an uproar when fans speculated she was engaged. It seems as though Khloe just wanted some additional buzz around her brand Good American’s upcoming shoe release, and she got boyfriend Tristan Thompson to play into the speculation as well.

Well, mission accomplished I suppose. Although, I still don’t know if anyone is buying the shoes. Thoughts?