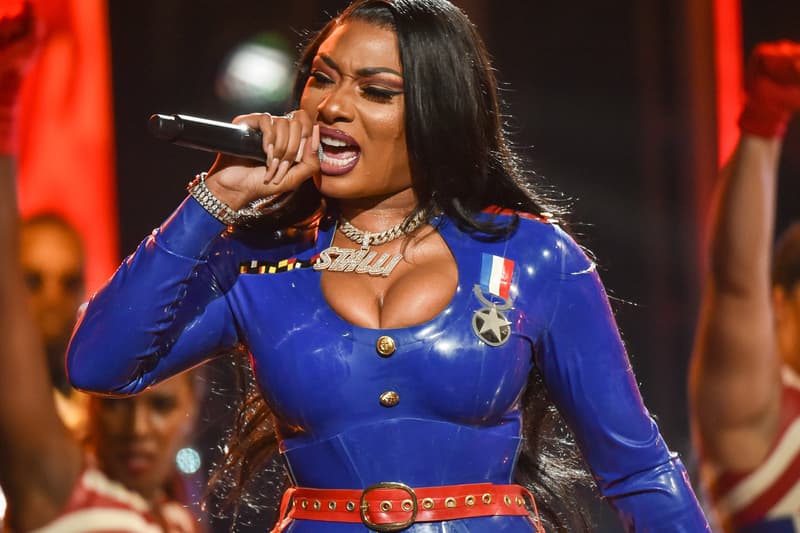 Thee Stallion claims she feels threatened by her label head and his partners.

While fans and colleagues were quick to rally behind Megan Thee Stallion after she revealed on Sunday (Mar. 1) that her record label has been blocking her from releasing new music, the force of the law intervening on her behalf has been a crucial development. TMZ has reported that Meg filed a $1 million lawsuit against her label, 1501 Certified Entertainment, and has been granted a temporary restraining order against them. The TRO prevents the label’s representatives from slandering the Houston rapper on social media and allows her to drop new music, as she wishes, this Friday (Mar. 6).

A district judge in Harris County Texas was sympathetic to Meg’s claim that she should be protected from her label’s “bullying and strong-armed tactics.” According to the lawsuit, 1501’s label head, Carl Crawford, leverages his connections to Rap-A-Lot Records founder, J. Prince, to carry out his intimidation tactics. J. Prince has been a powerful and respected figure in the Houston hip hop landscape for decades. An example cited in the suit of Crawford benefiting from J. Prince’s imposing stature is Crawford pressuring a producer to hand over beats by warning that Prince would be pissed if not. Megan states, “Prince is notorious in the industry for strong-armed intimidation tactics, and the comment was taken as a physical threat of harm.”

Furthermore, Meg suspects that Prince was involved in a smear campaign against her. Although he’s not listed as a defendant in the lawsuit, it’s suggested that Prince was responsible for the recent surfacing of Meg’s five-year-old mugshot. Despite the fact that information is public record.

1501 was allegedly halting Meg’s output because she had requested to renegotiate her contract, which is described in the lawsuit as “purposefully and deceptively vague.” The lawsuit also reveals some staggering stipulations in her deal, but what’s interesting is Meg claims she signed the deal when she was just 20 years old, however in reality it was just signed at the end of 2018. As reported by TMZ, the label is granted 60% of her recording income. The remaining 40% that goes to her is expected to cover costs of engineers, mixers and featured artists who work on her songs. Given this arrangement, one would assume that Meg relies on touring to pay the bills, but her contract requires that the fees for her performances are paid directly to the label. Therefore, who knows if she has been getting her deserved cut?

What do you guys make of this mess? Should Meg really be allowed to renegotiate anything considering she hasn’t even delivered the first album? Was she taken advantage of or should she have read her contract?