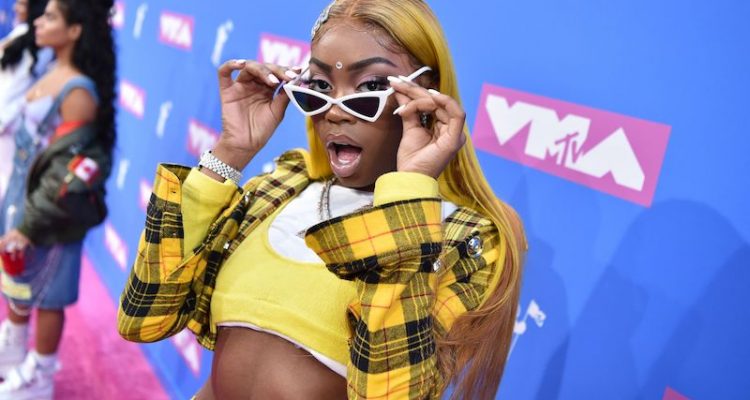 The rapper who wants to be known as Asian had some things to get off her chest in relation to colorism.

Asian Doll felt that she needed to speak out on the rampant colorism in the Black community as many come forward to voice their support for the Black Lives Matter movement. In some recent tweets that she appears to have deleted, Asian called out “light-skinned girls” for their supposed hypocrisy in preaching Black Lives Matter.

“Alot of light skin girls posting ‘black lives matter’ like you hoes not racists too,” she tweeted. “Y’all bullied darkskin girls all our life thinking y’all was better then us, talked bout our skin color, called us monkeys. You hoes FRAUD but keep spreading fake love you hoes will NEVER understand us.” She followed this up with another since-deleted tweet: “Light skin b*tches way evil and jealous to darkskin girls then the white folks but that’s a different racist topic.” These tweets appear to have caused a bit of an uproar, in particular from Love & Hip Hop star Mariahlynn.

now i want asian doll to stay out of fights and etc but mariah lynn needs her ass stomped out for even SPEAKING on black women's experiences. whack ass https://t.co/yx0VJuoNFH

now i want asian doll to stay out of fights and etc but mariah lynn needs her ass stomped out for even SPEAKING on black women's experiences. whack ass https://t.co/yx0VJuoNFH

#AsianDoll took to Twitter to express her feelings about colorism with lighter skin women, some people like #MehganJames & #MariahLynn disagreed. 🥴 Thoughts?

Asian decided to address all the backlash in an Instagram post, clarifying that her message was directed at the people who actually have bullied dark-skinned girls in the past.

“For everybody who’s mad about me speaking on being a colorist is weird!!!” she wrote in the caption. “I’m speaking on this for ALL the black girls who experienced this sh*t not you selfish ass b*tches who think the world revolves around them!!! THIS TOPIC IS 10000% true & I’m tired of coming across videos online of little girls crying because they get bullied at school !!”

“IF YOUR NOT THE BULLY THEN SHUT THE HELL UP!!” she continued. “B*TCHES IN THE BACK WHO HAVE BULLIED OTHER GIRLS FOR BEING BLACK SPEAK UP. INSTEAD OF TRYING TO FIND SOMETHING SO WRONG WITH WHAT I SAID TRY TO HELP, EDUCATE YOUR BLACK KIDS RAISE THE FUTURE GENERATIONS RIGHT SO THIS TYPE OF SH*T WON’T CONTINUE TO GO ON LIKE ITS NORMAL & SWEPT UNDER THE RUG!!!! THATS ALL IM TRYING TO SAY IM NOT BASHING NOBODY IM SPEAKING THE TRUTH TO HELP MY YOUNG GIRLS THROUGH LIFE I GIVE THEM THE CHEAT CODES ON THE DAILYYYYYY.” While some felt attacked by her comments, Asian got some support from others such as Aaliyah Jay.

I think what’s important to remember here, is when you make generalized statements such as “dark skin women do this” or “light skin women do this” it certainly seems as though you’re accusing them all rather than singling out one or more individuals who may have exhibited a negative behavior. Also, colorism works both ways. Unfortunately in the black community we cause unnecessary division by placing generalized characteristics on our brothers and sisters because of the shade of their skin and it’s not ok coming from either direction. A community divided is one destined to fail and that certainly isn’t the energy we need right now. What’s you guys take on all this?