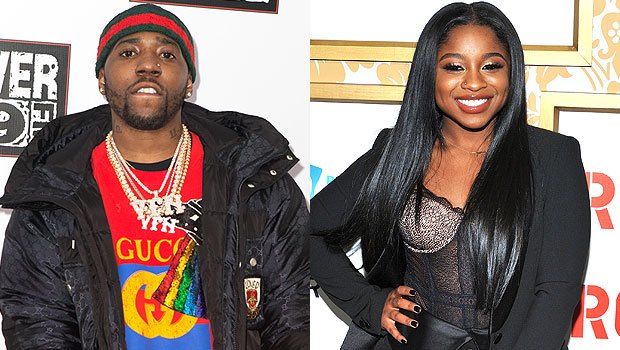 Lucci may not be in the big house for now but that doesn’t mean he and Reginae will be partying it up anytime soon. The rapper has been fitted with an ankle monitor, had to surrender his passport, and much more.

It looks like YFN Lucci is enjoying the tastes of freedom…sort of. It’s been a difficult time for the Atlanta rapper after he surrendered himself over to authorities last month following a warrant being issued for his arrest. Lucci has been hit with murder and gang activity charges in connection with the December shooting death of a 28-year-old man, and recently, the rapper was denied bond by a judge. His legal team has been working overtime to get him released, and Lucci’s girlfriend, Reginae Carter, has been updating fans with news about the rapper.

On Monday (February 8), the public received their first glimpse at Lucci post-jail in a video clip that has gone viral. Unsurprisingly, Lucci is excited to be released and viewers can see him grinning from ear to ear, even under his protective mask. According to TMZ, Lucci was released under a series of strict conditions including paying a $500K bond, living at an undisclosed location with an ankle monitor, surrendering his passport, and being under house arrest between 7:00 p.m. to 7:00 a.m.

The outlet also states that Lucci is only permitted to meet with his lawyers, spend time with his chidlren, and visit with medical professionals. He’s banned from “visiting a specific recording studio in downtown Atlanta” and can’t speak with any alleged victims of the case or co-defendants. Lucci is also barred from communicating with gang members or convicted felons, and he’s not allowed to post on social media, but it looks as if his team is taking care of getting information out about his music videos.

His attorney Drew Findling reportedly stated, “The bond was negotiated last week and finalized yesterday. There are a variety of conditions which is somewhat consistent with these cases, which included surrendering his passport.”