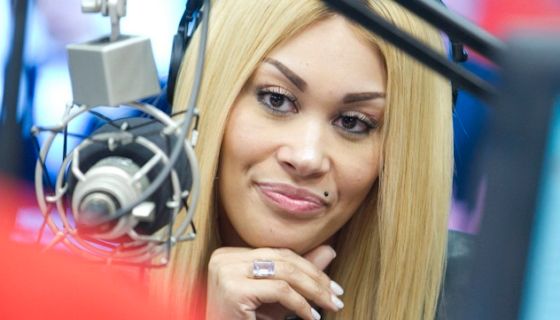 Keke recently went viral after she was captured on video venting about how Black people complain about racism too much.

Things became emotional when Keke Wyatt visited with the ladies of Cocktails with Queens. Normally KeKe Wyatt is making headline for making babies, but it was a little over a week ago when Keke found herself on the receiving end of backlash after she verbally attacked former Love & Hip Hop Hollywood star Milan Christopher while on a podcast. The celebrated singer is known for her over-the-top personality, but her opinions about Black people and their concerns regarding racism gave aa rightful public pause.

Immediately after the clip hit social media, Wyatt became a trending topic. She resurfaced recently with a few friends on Fox Soul where she expressed regret for her previous statements. “I want my sisters to know that I love them and I am sorry down to my damn bone marrow if I hurt…,” Keke began before she got choked up. “I did not mean to diminish our culture at all.”

Meanwhile, after The Shade Room reposted the clip of Keke Wyatt’s apology, Milan jumped in the comments to say he isn’t buying what she’s selling. “Girl fuqn please! You can save those crocodile tears for the Jews an the Mexicans who’s oppression you speak so highly about!” he wrote. “You didn’t have an ounce of remorse to black lives or interest in Black history when I was speaking to you about it Something that should have touched at least ‘one half’ of your half black ‘bone marrow’ When I mentioned black peoples adversities you was rolling your eyes, smacking your lips and telling me I’m too pro black!”

“Now you so sorry? You can save this charade for the weirdos who will continue to let you smack them in the face and then they hug you when you fake cry about it like every other typical ‘KARAN’ that you are! RESPECTFULLY.” Check out the posts below. What do you guys think? Are you hearing KeKe out or is there nothing in this world she could do for you…boy.