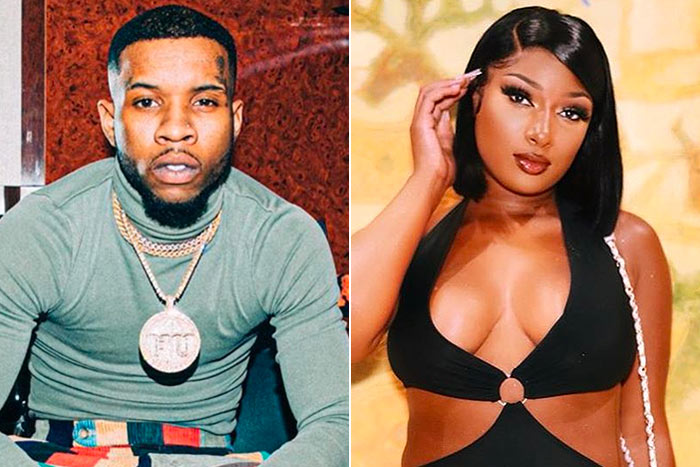 The Clubhouse user was reportedly quickly booted from speaking on the panel after raising the topic to the pint sized rapper.

Despite being a glorified “chat line” like the old days, it’s now been valued as a $1 billion company and Clubhouse remains the new “it” app. The voice-only chat rooms make for interesting conversations on a variety of topics, and celebrities have been enjoying themselves, as well. It’s not uncommon to log in and see some of your favorite artist’s names on a panel, and recently, a group of users was joined by none other than the king of leprechauns, Tory Lanez.

Controversy has been haunting the Canadian little man since the July 2020 shooting incident involving Megan Thee Stallion. We’ve reported on the news of this case as it unravels, but for now, we’re at a place of he-said-she-said. Tory insists he never shot Megan while the H-Town Hottie has repeatedly stated that Lanez is the person responsible for her injuries. The court of public opinion has been canceling and exposing both sides, and it looks like someone tried to stir the pot when Tory entered a Clubhouse chat.

A clip of the moment was shared on social media and begins with a man, someone on the panel, asking Lanez, “Uhhh, why you shoot Meg?” There was a fraction of a pause before several others on the panel came down on the unnamed person. He was booted from the panel and others continued to react in disbelief, and social media users reported that Lanez exited the room following the uncomfortable moment. Listen below.

like why is tory lanez still hosting clubhouse rooms, throw that nigga behind bars, wtf, he literally shot meg over an argument

So how do I get invited to these club house chats? I wanna drag Tory & Meek.