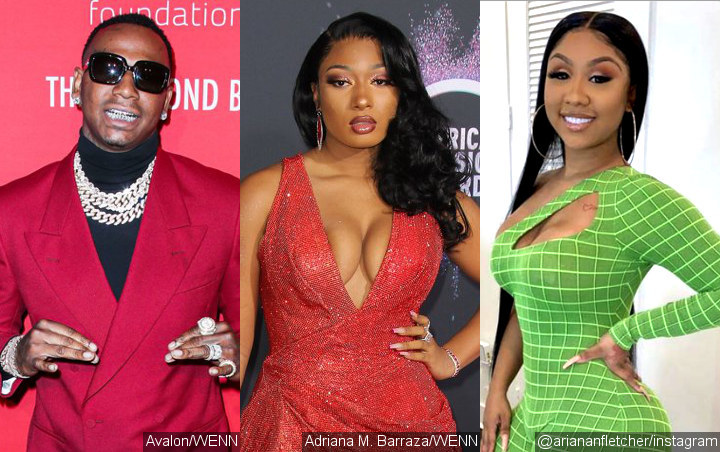 Meg has a theory.

Megan Thee Stallion recently made a stop on The Cruz Show on L.A’s 92.3 radio station and among the topics on the agenda were the conundrum of infidelity. Offering up her own opinion, Meg delivered on just why men cheat when host J Cruz referred to a recent tweet from The Game in which the west coast rapper asked followers why men cheat, imploring for responses from “both sides.”

“I think men cheat just because they greedy,” Megan revealed during the interview. “A man could be completely in love with his woman but if it’s something that’s seeming like the right thing to do at the time I think he gonna slide. But he gonna still be in love and want to go home and now he’s just around creating crazy people. That’s just what it is. Women don’t just pop out crazy. Something made them crazy.

The timing of Meg’s cheating conversation is interesting as she’s been surrounded by rumors of infedility in her previous relationship as of late. She recently ended her relationship with rapper MoneybaggYo who is now dating Ari Fletcher and many have alleged that their relationship started well before he actually called it quits with Meg.

Elsewhere, the conversation naturally touched on the music, specifically on the possibility of a collaborative project with DaBaby. Following the duo’s hit found on her Fever “Cash Shit” standout, fans began to call for a full-length output from the two southern rappers. According to Megan, hectic schedules prevented the two from locking in. This year, she offers hope.

“Our schedules last year were just insane,” she begins at the 4:17-marker. “This year, I’m managing myself a little better with my time. I really wanna make it happen.”