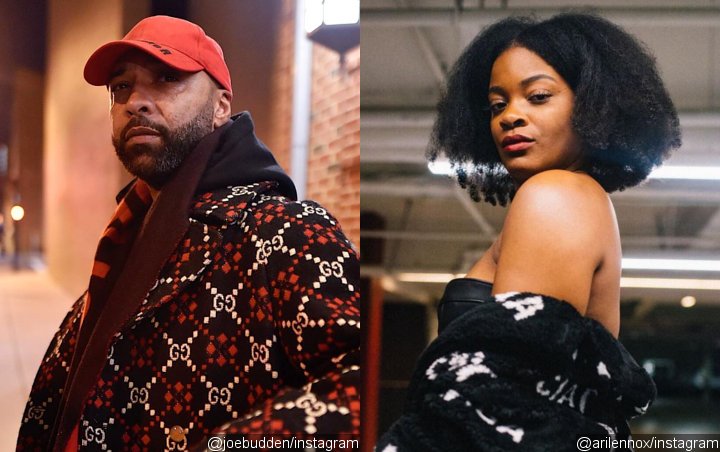 Twitter is fuming at Joe for how he handled the Ari situation.

Joe Budden recently took it upon himself to comment on Ari Lennox’s response to a Twitter troll who claimed she looked like “a rottweiler,” and Joe is getting some heat for it. Last week, a random troll posted a tweet that said, “Ari Lennox and Teyana Taylor’s ability to have dangerously high sex appeal while simultaneously looking like rottweilers will always amaze me.” Ari was not having that kind of disrespect, quote-tweeting the post with, “People hate blackness so bad,” followed by her own tweet, “Moms and Dads please love on your beautiful black children. Tell them they’re beautiful constantly. Tell them Black people are beautiful. Tell them black features are beautiful.” She also replied to a different user with the statement, “Black women literally the most disrespected. Period.”

Ari Lennox urges black parents to tell their kids black features are beautiful. Dreamville songstress Ari Lennox has no time for people like this. If you sway into her inbox with a hateful message attacking her for her physical features, expect to get clapped on and used as an example, just like this dude did after comparing the R&B singer and Teyana Taylor’s looks to those of dogs. When one man argued about Ari Lennox and Teyana Taylor’s sex appeal, he made an extremely out-of-line remark about how both women look like animals. Noticing the tweet, Lennox decided to work her black girl magic by shifting this into a learning experience for black parents across the country. “Ari Lennox and Teyana Taylor’s ability to have dangerously high sex appeal while simultaneously looking like rottweilers will always amaze me,” wrote the troll online. Ari quoted the message and delivered a much-needed message to anybody who wants to raise their babies to be confident young adults. “People hate blackness so bad,” she wrote in response. “Moms and Dads please love on your beautiful black children. Tell them they’re beautiful constantly. Tell them Black people are beautiful. Tell them black features are beautiful.” As reported by Revolt, this is not the first time that the singer has commented on those criticizing her looks. She previously went after those who have taken issue with the size of her nose, saying: “How many times will y’all come for my black nose? It will never tf go anywhere. Y’all are disgusting and the reason people self medicate and get surgery. Just fuckin stop.” Shout out to Ari Lennox for remaining true to herself. Preach. Peep the receipts in the FULL story at www.itsKenBarbie.com or SWIPE. What's your take on this? #ari #lennox #arilennox #bmo #dreamville #jcole #sheabutter #sheabutterbaby #teyana #taylor #teyanataylor #teyanaandiman #melaninmagic #blackgirlsrock #ktse #keepthatsameenergy #roseinharlem

“I’m not f*cking with that sh*t,” she said on Instagram. “How people hate Black people so much, how Black people can sit up here and say, ‘That’s not my problem.’ Or, ‘She does look like a rottweiler.’ And you want to talk about, ‘Oh, people are so sensitive, they want us to cancel freedom of speech.’ Why is this your speech?”

The Joe Budden Podcast discussed Ari’s response, and Mal began by saying that people put too much stock on what goes on in their comment sections in being offended by the remarks of strangers. He understood that things can be triggering, but it shouldn’t be that serious to us because trolls want to “push a button.” He agreed with her that blackness is disrespected, but “Ari, you have to know that there’s way more people that think you are beautiful, attractive, talented, all of these things.”

Joe said that Ari’s comments about black women are “absolutely correct,” but “we have to be able to compartmentalize… What I take from that is, Ari, I’m hearing you, a black queen, speak to the beauty and essence of black queens. I’ve heard you speak to it before. So when I hear you reply to people like whoever this pawn dude is, it’s like, are you telling me how beautiful the blackness is, or are you telling you, because if you truly feel like that, if you truly believe that black is beautiful, as beautiful as it is, and you embody that, you will not use your energy, your platform, your power… when you negate that power or misuse it by replying to just whatever [this person] has anything to say, then what we really doing here? How do you really feel about you?”

Watch their complete exchange about Ari Lennox beginning around the 2-hour mark.

Joe Budden and crew reduced Ari Lennox's points on the "rottweiler" comments to insecurity and a rant. Those words were used at least twice verbatim.

I knew these man were unintelligent but it's actually enough.

(Its my own fault for listening, I KNOW fok)

This is just too much, how can Joe Budden make a comment about Ari Lennox must feel insecure by responding to the comment. The troll needed to be informed,this occurs when/in our demographic too often. Stop equating everyone issues to ours. https://t.co/vevkN1T8tU

Joe Budden says he understands why Kevin Hart cheated cos he works hard,same Joe Budden says Ari Lennox is insecure after her rottweilers rant. If that he ain't stupid as fuckkk then I don't know

Joe Budden being so dismissive to Ari’s valid feelings and also having the arrogance to turn her point into him feeling disrespected is nasty.

Joe Budden and his podcast co-hosts were so out of their depth talking about the Ari Lennox situation. Twitter doesn’t even have enough characters to go through all of the ways in which they were loud and wrong. pic.twitter.com/2PIbGCfoAx

Not rollin with Joe Budden's take on how Ari Lennox replied in a wrong way…we as black men have got to start doing a better job defending and protecting our black women….