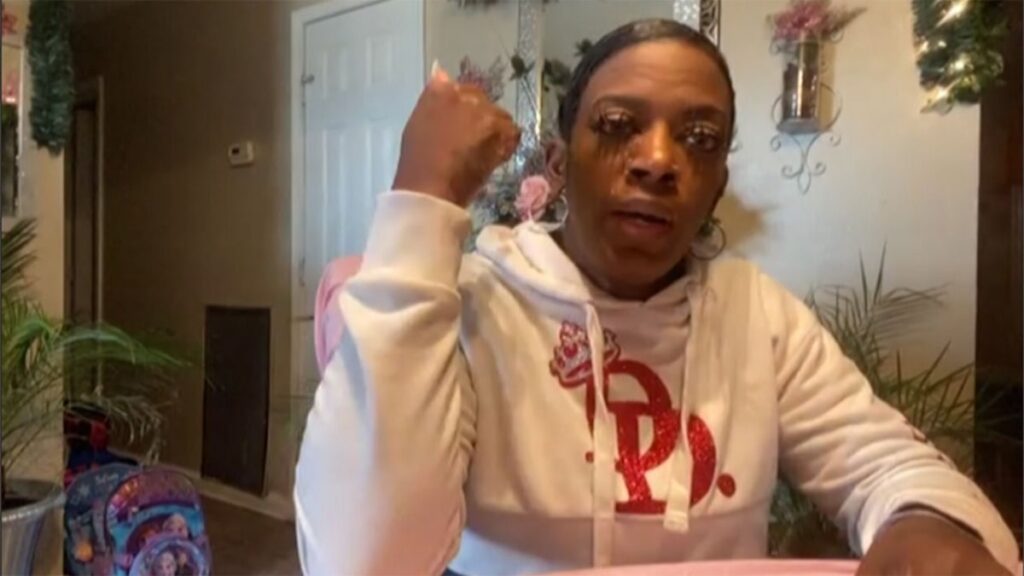 Despite gaining almost 1 millions followers, an Instagram verified check, becoming nearly $20 thousand dollars richer due to a GoFundMe, and hiring management as a “public figure,” all in less than a week…Tessica Brown wants you to know she did not put Gorilla Glue in her hair for clout.

For days, all anyone has been able to hear about on social media is the 40-year-old “Gorilla Glue Girl” who emerged on TikTok with the shocking revelation that her slicked-down hairstyle hadn’t moved in a month. After going viral, she received tips, offers for help, money, and even famous celebrity hairstylists offering to do her hair for free along with a well-known Beverly Hill plastic surgeon offering a $12k surgery for free to help her out.

The initial supportive hype surrounding the viral sensation shifted after it was shared that Brown may have plans to sue Gorilla Glue for not including a warning that their product can’t be used on hair. The warning label specifies clothing, skin, and the like, but lawyers have taken to social media to argue that because “hair” wasn’t listed, Brown may have a case.

Tessica Brown now faces accusations that this entire ordeal was just a money grab or an opportunity to gain a little fame, but in an interview with TMZ, she claims she would never do anything like this as a stunt. “I was just over the talk shows and the hate groups,” she said. “I’m over all of that because y’all really—they don’t know me.”

“And they got some people out there saying, ‘Oh, well she did this for clout. Put this on my head, let’s see how many followers I get.’ Never,” Brown continued. “I put it on social media to get help. That was it. I didn’t think for one second I’mma get up the next morning and that many people have looked at this. I didn’t think for one second that this was gone be like, me talkin’ to y’all right now.”

Brown added that she’s been trying different remedies by they have all been painful. She also said that once she read up on how the Gorilla Glue would affect her hair, she decided to launch the GoFundMe to help her raise money for wigs. Check out her interview below. What do you guys think? Was this for a come up or do you feel bad for the woman making an honest mistake?