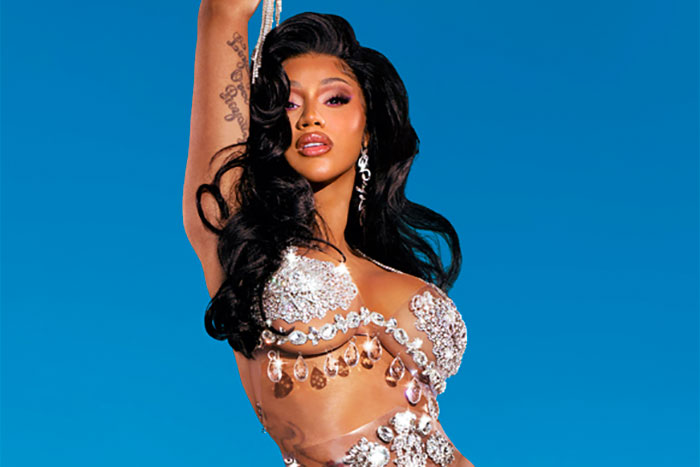 One thing about it, you know when it’s Bardi season, all the haters are about to come out with all types of claims regardless of how much sense they may or may not make.

Typically when artists are consistently under attack by others with every move they make, there’s normally some type of justification or reasoning that explains why said artists moves are always under scrutiny, however in the case of Cardi B (who literally bothers no one) it’s one of the most bizarre things I’ve ever seen in my nearly ten years of entertainment blogging. No matter what she does, whether it’s releasing new music, posting up on the Gram, or simply engaging with her fans…it seems Bardi’s second fan base and usual bad of haters always have some type of alternative narrative in attempts to either downplay her astronomical success… or get a bit of a moment to ride her coat tails.

It hasn’t even been 24 hours since Cardi set off a firestorm with her latest catchy single “Up,” and already you have folks surrounding it with faux controversy. There are actually large groups of her usual detractors along with a few rappers who are in need of attention accusing Bardi of “stealing” their song, simply for using the slang term “it’s up and it’s stuck.”

New Jersey rappers Mir Fontane and Mir Pesos suggested on social media that Cardi jacked their hook for her new track along with a few others. (Which is interesting considering none of them are coming at one another, only Cardi). Cardi hit back at the accusations by noting that she had previewed her own chorus last August, before Mir Fontane and Mir Pesos’ song was released

Naaa im the type of person that avoids problems & court days .If i get inspired by a song I wouldn’t mind giving a percentage or couple of thousand but I never Hurd if this man .I’m glad while I was recording this song in August I was playing wit the hook on this live https://t.co/xiYLOoj4Vd

Mir Fontane and Mir Pesos point to Cardi’s cadence and use of the phrase as the “Up” hook, drawing a comparison to their own song. However, this is super common in other rap songs that also use the phrase and one quick google search easily showcases how often and how long it’s been used…not associated to these men at all. So while the basis of Cardi’s hook isn’t the first time any of us have heard that saying, it’s not “stolen” from a singular source. Instead, she uses a common regional slang phrase that’s frequently adapted into hip-hop music..

As noted by the folks over at Genius, lyric records show nearly 100 variations of “it’s up, it’s stuck” appearing in songs by artists like Lil Baby, Yung Bleu, Kevin Gates, Yungeen Ace, YoungBoy Never Broke Again, Sada Baby, Stunna 4 Vegas, and more. Travis Scott used the phrase in his March 2020 JACKBOYS song “Out West.” Take a look at the receipts along with some examples below. Why do people consistently try to bring Big Bardi down?

Naaa im the type of person that avoids problems & court days .If i get inspired by a song I wouldn’t mind giving a percentage or couple of thousand but I never Hurd if this man .I’m glad while I was recording this song in August I was playing wit the hook on this live https://t.co/xiYLOoj4Vd