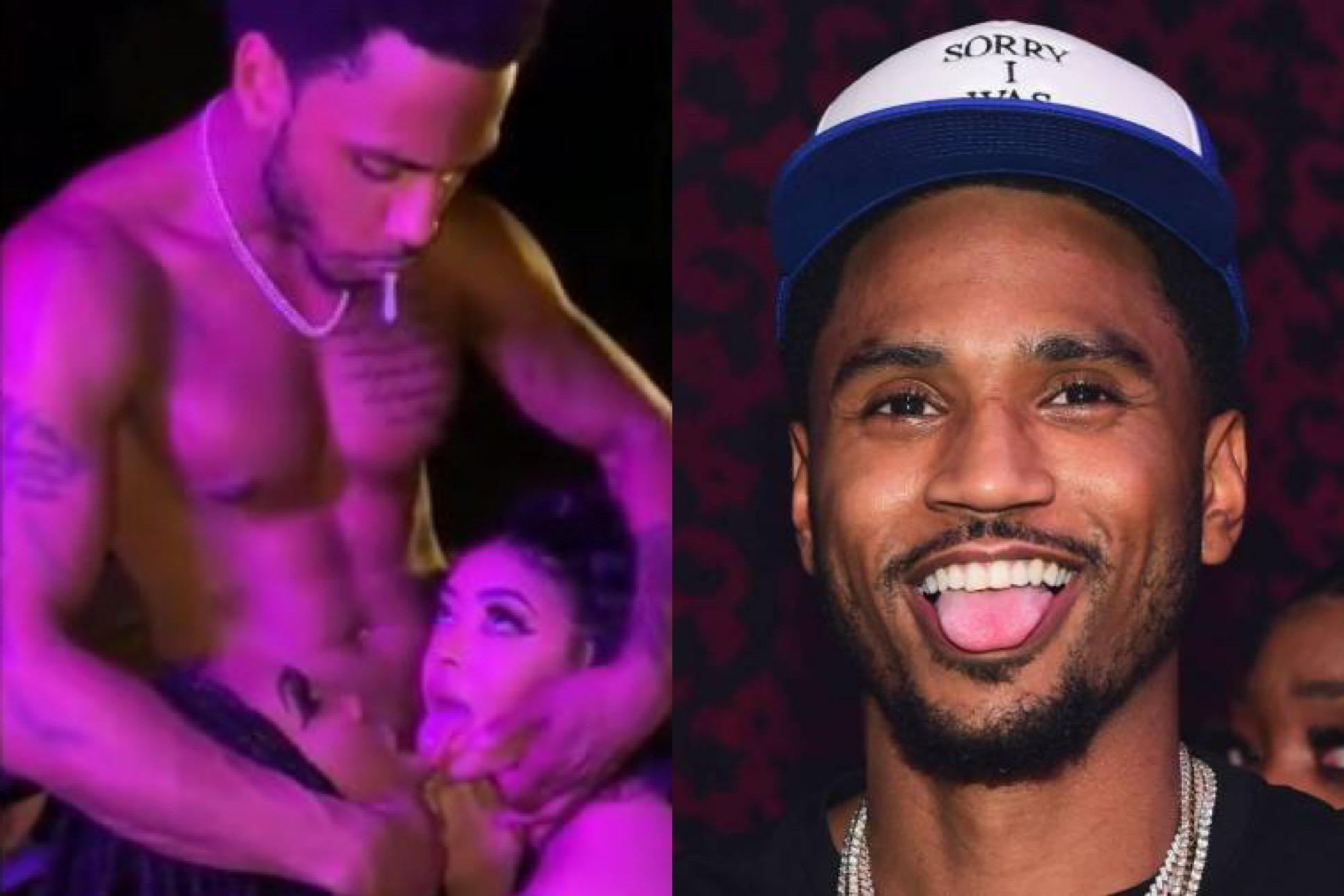 Imagine Trey Songz steals your girl and them gives her back after hacking lougies in her mouth?

Trey Songz has been making some pretty interesting headlines since we started 2020. Now, while none of it actually involves his music…much of it has been around what he often talks about as he coos on his records…sex. About a month or so ago, Trigga found himself going viral after footage “leaked” of his peet-a-wacka being given fellatio by an unknown woman. Once it made it’s round on the internet, Trey Songz peen was all the internet seemed to talk about for a few days, while Songz himself seemed to embrace all the attention, using the incident to promote not only a new song, but also his Only Fans account.

Well, Tremaine the meet slinger is back with more borderline pornographic content to quench the girls thirst. A video went viral of an interaction Trigga had between two ladies, and it’s safe to say he sent the internet in yet another frenzy. In the video, Trey is standing over two women who are tongue touching as he lets off some spit into their mouths. The women were clearly unbothered as they didn’t even flinch as the spit fell in their mouths.

We don’t know the specifics, but do we really want to? Is the Rona still not outside? Well, Apparently it was from a video set of a visual and at this point there’s no telling if it’s a music video or Only Fans production. It’s rumored that the footage is actually for a Selena Gomez video (random) but that hasn’t stopped social media from doing it’s thing by chatting and spreading the short clip like wildfire. Opinions varied from some wishing they were in the two ladies position, to others questioning why Trigga would engage in such behavior during a pandedmic. The irony here is that Trigga himself caught the Coronavirus back in October of last year so…let’s just go ahead and assume everyone on set was tested prior.

Y’all are freaky. Take a look at the video along with some of the reactions below. Would you let Trey satisfy his need to spit…in your mouth?

Trey Songz is on set for Selena Gomez’s music video for “Dámelo To’” featuring Myke Towers!

Them two girls really sharing spit w trey songz in the middle of a panhandle?? pic.twitter.com/gAQN3R9b7E

Dammit why did I click to find out why Trey Songz was trending pic.twitter.com/S0y2NJ9ulp

There was a point in my life I used loooove tf outta Trey songz ass. Now I’m just…disgusted pic.twitter.com/XaV1s2d4W8

I know I did not see a video of Trey Songz mama birding two grown ass women. pic.twitter.com/Ldr87AE0Az

Not me seeing Trey Songz spit in their mouf like that… pic.twitter.com/7YboL1GWQ9

I really regret looking up why ppl are talking about Trey Songz on the TL rn. pic.twitter.com/qnGs19swe1