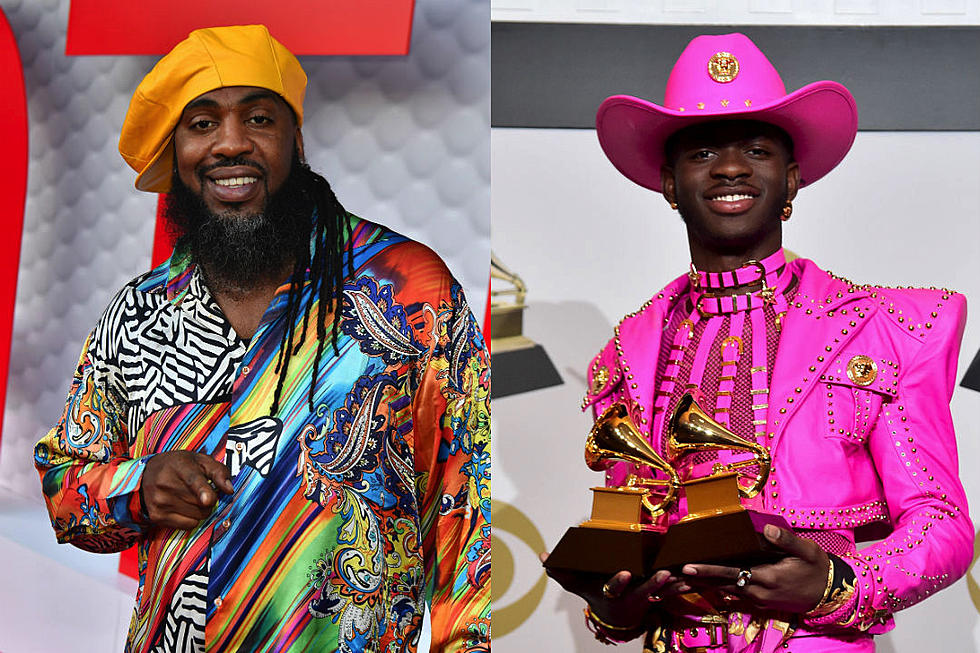 He should’ve just sat there and ate his food.

Free speech in America provides us all with the ability to say how we feel without legal ramifications, but unfortunately it doesn’t protect you from public ridicule after using such righs to broadcast your ignorance. Rapper Pastor Troy found that out the hard way recently when we decided to make some seriously homophobic comments towards Lil Nas X and, oddly, nationwide eatery chain Applebees.

Atlanta Rapper @pastortroydsgb has a message for the people about @lilnasx winning a Grammy and here it is .. what are your thoughts ??? Comment below . . . . . . . . . #thepeopleschoicehiphop #hiphop #rap #pastortroy #lilnasx #grammys #atlanta #oldtownroad #pride #straight

It all started with the Instagram post seen above, which of course the rapper deleted from his profile. Troy felt some type of way about Lil Nas X’s vibrantly pink cowboy outfit that he wore to the 2020 GRAMMYs this past Sunday (Jan 26), writing a longwinded caption that spelled out his distaste. We’ve copied it below so you all can read it in the event he removes it off the Gram:

“Welp, Guess I won’t be winning a GRAMMY…If this what I gotta wear. They love to push this shit on Our Kids!! The other day @applebees had some punks kissing and laughing eating mozzarella sticks. First Thing My 14 yr old Son said was, “F**** Applebee’s” And It Brought Joy to My Heart!! He sees it…their agenda to take the masculinity from Men, Black Men Especially. Some may say, “He Making Money!!” Rupaul do too, but I ain’t bumping his CD!!! Integrity is Priceless. Y’all Better open that 3rd Eye and let your Sons Know What Is Real…Or They Ass Gone Be Headed Down That Old Town Road Foreal!!~P.T. #TheyGoneRiiiiiiddddeeeTil theycantnomore #BlackOwnedandIndependent #NotMySons #ItAintWorthIt #Taketheroadlesstraveled #Youwillstillgetthere #DSGB #Wontbeonmypagelong.”

Being anti-gay in 2020 is ironically as frowned upon as it once was to actually be gay many decades ago, making Pastor Troy’s comments just not seem like the smartest thing to do for someone with 176,000 followers and a rap career that we’d expect he want to keep afloat. Feel how you want and definitely stick to your beliefs, but when they conflict with simple human decency it’s best to just go with the old saying that goes “if you don’t have anything nice to say, don’t say anything at all.”

Sadly, Troy doubled down on his comments by posting an actual video response shortly after, even saying the harsh “F” word used as a derogatory slur towards gay men:

#PastorTroy says his rant “worked” because now the people he offended are “acting like men” and “fighting back”. Whew Chile, the toxicity.

Of course, many people on social media gave him the roasting he may have been asking for. Take a look below at some of the responses to his homophobic rant, including a hilarious one from Lil Nas X himself, and debate the dynamics of free speech in our comment section below:

Pastor troy in applebees making sure no gay people get mozzarella sticks like pic.twitter.com/0QfVggh5QJ

Pastor Troy: “As for me and my sons…we ain’t wit the gay shit. We LIONS!”

when you ask someone who pastor troy is pic.twitter.com/elAeZ8Qzyj

What is sooooo upsetting about that Pastor Troy statement is that he is raising his 14 year old son to be just as much of an asshole. This is why I scream about dating and procreating with dumb fucks.

Pastor Troy really out here lookin like a Kraft Single mad about some cheese sticks pic.twitter.com/ECnWd56bP4

Now “PastorTroy” you not winning a Grammy has little to do with what you wear and more to do with your music not being captivating for decades. His songs won him Grammys not his outfits. Just say you hate gay people and go. Encouraging hateful speech from your son is disgusting. pic.twitter.com/eK1hKg3gUL