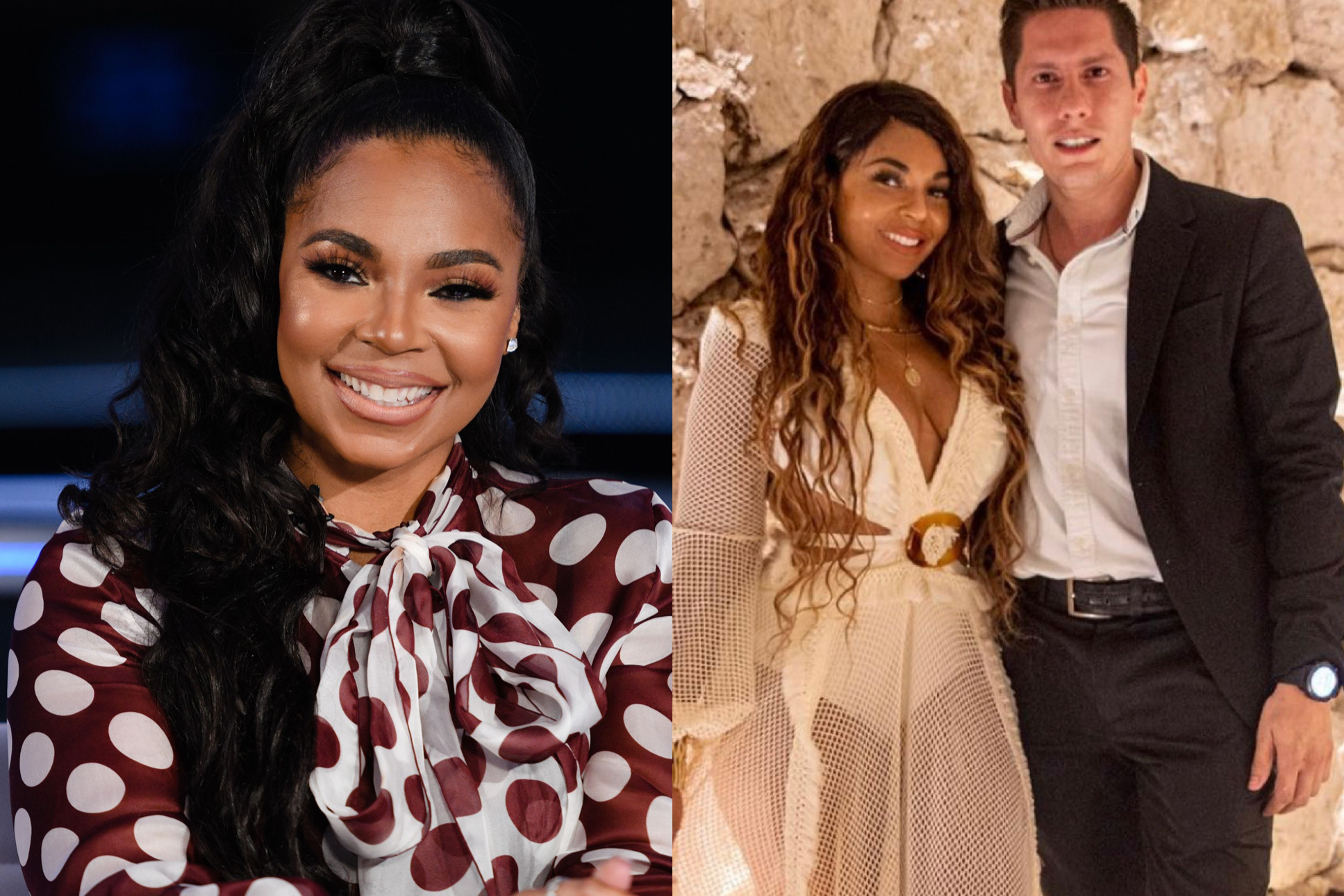 Ashanti is pretty unproblematic when it comes to gossip, but not even she is safe from the internet when they believe they’ve peeped something.

Every so often, a celebrity does, says, or posts something on social media that gets a lot of people’s attention. The latest celeb to find herself trending via Twitter is Ashanti who, despite being a pretty unproblematic entertainer, caused quite a stir online after posting something personal on Instagram which led many to believe she found her new “baby baby baby.”
The singer previously sparked dating rumors with rapper Flo Rida after they were photographed hanging out on a boat together in Cancun, Mexico in early April 2021. However, Ashanti caught wind of the speculation and quickly clarified that she and the rapper are just friends. “Aht aht,” she commented on The Shade Room’s Instagram post with the hand raised emoji. “Flo is my brother! We’re family! Celebrating my sis @liltuneshi bday!!! Happy Birthday Bink!” Now a few weeks later, Ashanti shared another pic that has everyone questioning her relationship status.

On April 22 Ashanti caught fans by surprise after posting an Instagram photo with a man some believe is her new boyfriend. While on vacation in Mexico, the singer posted a series of images, including one with a mystery hunk in a suit. Ashanti added to the mystery by tagging everyone — including where her dress is from, who styled her hair, and the restaurant she was dining at — but the unidentified man cozying up to her.

“Great times,” she cryptically captioned the post. This lead to comments from fans begging for more information about the person in the photo. Over on Twitter, fans praised Ashanti’s rumored new relationship. “Ashanti finally decided to post her dude, congrats!” one person tweeted. Another added, “If this is true, I want a detailed bulletpoint (sic) list on what this man did to pull Ashanti. He needs to be teaching Skillshare classes and everything.”

Unfortunately, not everyone had positive comments about Ashanti and her new possible king as you guys know how some still react to interracial relationships. But here’s the thing guys… there is actually no truth to the romance rumors. Ashanti later addressed the speculation, revealing that the man in the photo is a manager at Taboo, the restaurant she visited in Cancun. “Lmaoooo NO! He’s one of the managers at the restaurant!!!” she commented on The Shade Room, adding, “He is NOT my man and we are NOT DATING.”

Aht Aht! Ashanti stepped into The Shade Room and cleared up the rumor about her having a potential boo! She says that the man she was pictured with was just a manager at the restaurant in Mexico, and they are NOT dating. pic.twitter.com/bGB74SWf8D

Y’all mad about Ashanti being with a white man… I’m mad that sis hasn’t missed ONE vacation since the panoramic pic.twitter.com/U4CoAIz0pl

Me seeing that Ashanti has a man and it’s not me pic.twitter.com/YgWG7eerhW

Y’all worried about this weird looking man Ashanti is posing with & here I am wondering why she can’t stay her black ass the fuck home. Didn’t she get COVID before? pic.twitter.com/28nVLAoNDF

If this is true, I want a detailed bulletpoint list on what this man did to pull Ashanti. He needs to be teaching Skillshare classes and everything. https://t.co/zvyCGN3I7s

Ashanti And The Resort Manager reading the rumour tweets about them dating: pic.twitter.com/6EY9Er5ylt