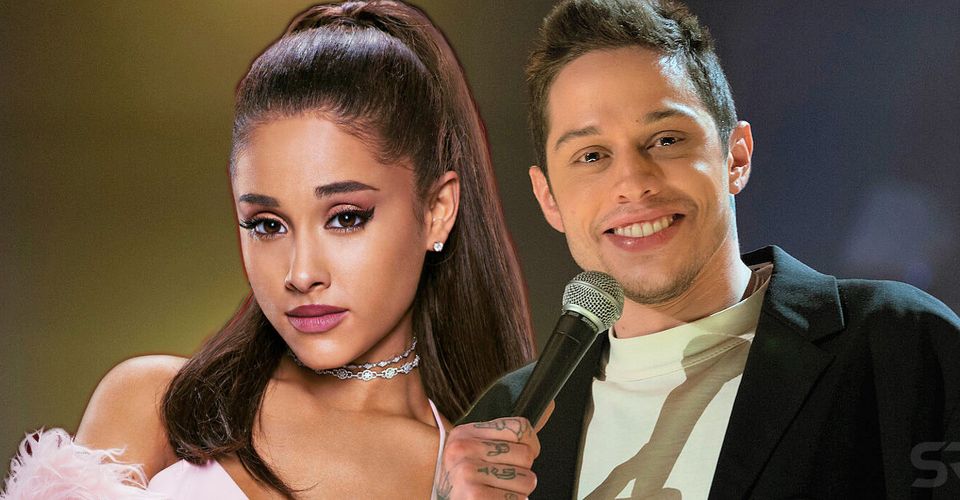 It’s always interesting what your exes suddenly feel about you AFTER the relationship. Pete Davidson responded to his ex-fiancee Ariana Grande calling their former relationship a ‘distraction’ by shading her with his own shady comments his new Netflix standup special.

Pete Davidson boldly called out his ex Ariana Grande and the tan skin she showed off on her Aug. 2019 cover of Vogue (which the internet accused her of blackface over), in some comments he made during his new Netflix standup special. The Saturday Night Live comedian, who was engaged to the singer for four months in 2018, shaded her during the special when he talked about her telling the magazine their relationship was a “distaction” as well as “frivolous and fun and insane and highly unrealistic” and as one usually does with comedy, he didn’t hold back with his jokes in response.

“She has her songs and stuff and this is what I have,” he said, referring to his comedy, in the special. “You’re like, ‘Pete, this isn’t fair. You’re airing out dirty laundry. How could you do that? Where did she say this stuff? To her friends in the confidence of her own home?’ No, she said it on the cover of Vogue magazine.”

“Can you imagine if I did that?” he continued. “My career would be over tomorrow if I spray-painted myself brown and hopped on the cover of Vogue magazine and just started sh*tting on my ex.” He went on to use another cheeky comparison to explain how he wouldn’t last a day in Hollywood if he were to say such things. “Yeah, I was just f**king him because I was bored and then Fortnite came out,” he said.

In addition to joking about how Ariana’s comments affected him, he joked about how he fears she affected young children’s perceptions of him. “Sometimes life is a little unfair,” he said while indicating that he was indeed joking about the whole situation. “My biggest fear is that I’m gonna get shot in the back of the head by a 9-year-old with a ponytail and the last thing I’m gonna hear is ‘#canceled’”.

He also poked fun of himself when he mentioned Ariana’s unforgettable social media comment about how well endowed he was. “She’s a very smart person,” he said while admitting it’s going to come back to haunt him. “She did that so that every girl that sees my d**k for the rest of my life is disappointed. It’s a lifetime L.”

Ariana has yet to comment on Pete’s new standup special, but it wouldn’t be too shocking if she did. The former lovebirds have been pretty open about their love and their breakup to their fans whenever possible and Pete’s latest comedy routine seems to be an indication that that’s not stopping anytime soon.