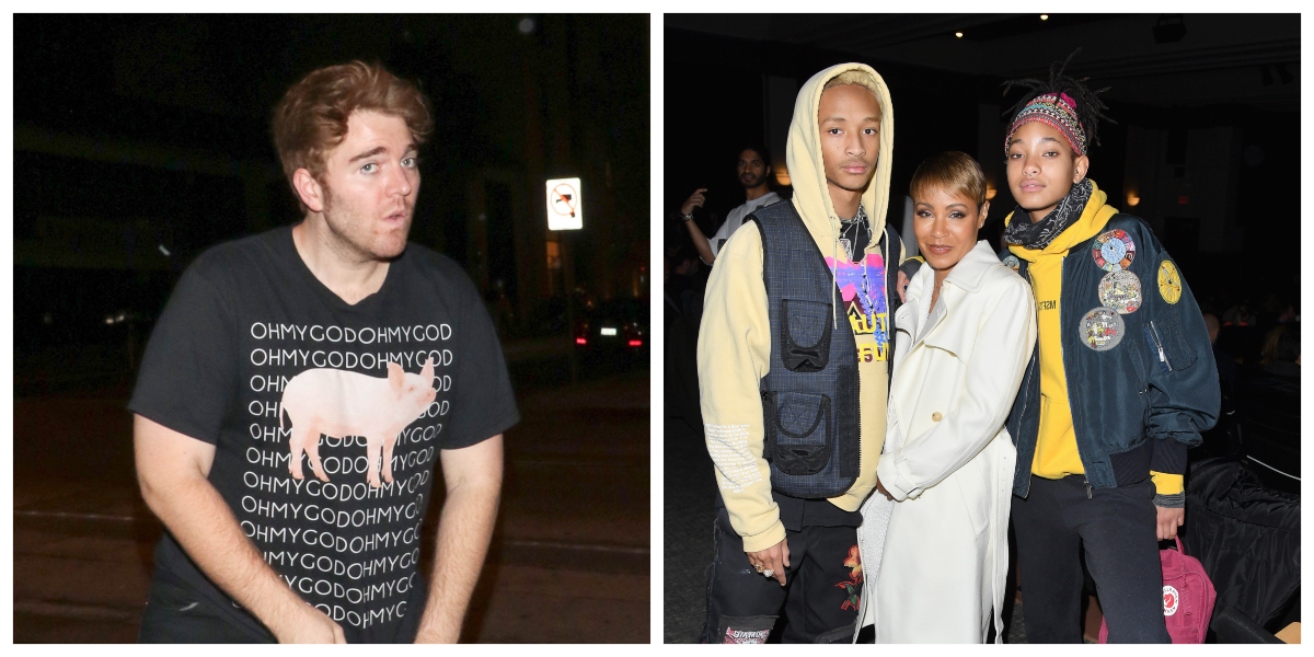 Jaden Smith and Jada Pinkett-Smith are upset with Shane Dawson for a video, in which he sexualizes an 11-year-old Willow Smith.

“To Shane Dawson … I’m done with the excuses,” Pinkett-Smith wrote on Twitter.

To Shane Dawson … I’m done with the excuses.

“SHANE DAWSON I AM DISGUSTED BY YOU. YOU SEXUALIZING AN 11-YEAR-OLD GIRL WHO HAPPENS TO BE MY SISTER!!!!!! IS THE FURTHEST THING FROM FUNNY AND NOT OKAY IN THE SLIGHTEST BIT,” Willow’s brother, Jaden, added.

SHANE DAWSON I AM DISGUSTED BY YOU. YOU SEXUALIZING AN 11 YEAR OLD GIRL WHO HAPPENS TO BE MY SISTER!!!!!! IS THE FURTHEST THING FROM FUNNY AND NOT OKAY IN THE SLIGHTEST BIT.

This Man Was Also Doing Black Face On The Regular???????????????. As The Youth We Need To Support Creators Who Support Us And Our Morals. This Is Not Okay.

As the clip made it’s rounds along with many others of Dawson using the “n-word,” as well as being in blackface, Dawson attempted to apologize for the clips, Friday, in a video titled “Taking Accountability.”

“I have done a lot of things in my past that I hate, that I wish I could make go away, that I tried to make go away by deleting videos, or un-tagging my Instagram, literally doing whatever I can to pretend those things didn’t happen,” he said. “Because yes, I apologized for a lot of them but I’m 31, almost 32. Those apologies suck. I don’t know who that person is anymore … This video is coming from a place of just wanting to own up to my shit.

“I’m so sorry. I’m sorry I added to the normalization of blackface or the normalization of saying the n-word … It’s not a funny word, especially for a white person to say. Me, as a white person, wearing a wig and playing a character and doing stereotypes and then saying the n-word is something that I should have probably lost my career for at the time, and there’s no amount of apologizing that can take it away … I was just another white guy who can get away with anything,” he added.

Shane Dawson: "I'm sorry I did blackface and used the n-word, I had a rough childhood"

all of us, with a rough childhood, not using racial slurs: pic.twitter.com/AvKpGViomc

jeffree star running away after opening twitter and seeing shane dawson being dragged by the smiths: pic.twitter.com/87FSQo417C

so when Jenna marbles gets a fake tan she gets canceled but when Shane Dawson uses foundation meant for black women and black face paint its ok because he apologized ?????? pic.twitter.com/Ep5E0ZacHi

I have been a big fan Of shane dawson for YEARS so it is hard to cancel him but seeing everything he has done .. ESPECIALLY the blackface it hurts since I am a women of color .. #shanedawson #shanedawsonisapedo #JadenSmith pic.twitter.com/c8F6BCQDLE