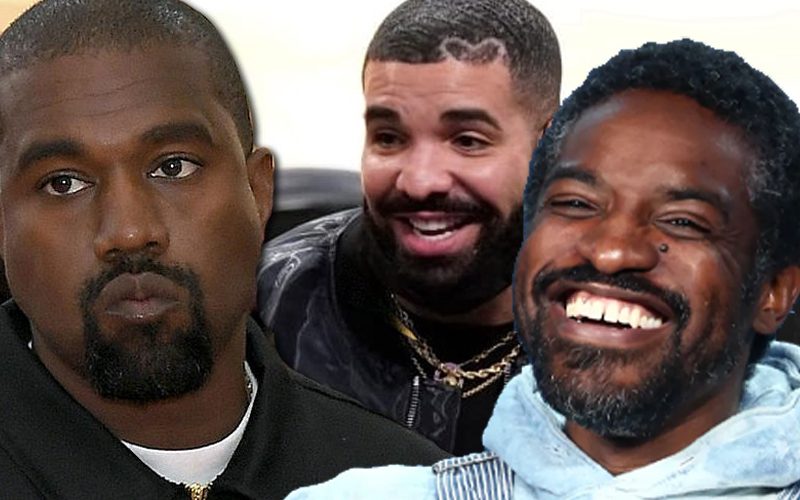 How did Drake even get this? The Certified Lover Boy is definitely out here playing chess and I know Kanye is somewhere with the mean mug right now.

It’s been a game of chess for Drake in his ongoing back-and-forth with Kanye West. While initially expected to go toe-to-toe with Sept. 3rd release dates, Kanye’s 10th studio album, DONDA arrived at the wee hours of Sunday morning to cap off the month of August. Drake arrived as scheduled on Friday morning breaking Spotify and Apple Music single-day streaming records 12 hours later.

Certified Lover Boy includes a few shots at Kanye West but Drizzy took their beef a step further on Friday night. SiriusXM’s Sound 42 aired last night with a special mix from The Boy who dropped the unreleased Kanye West and Andre 3000’s collab, “Life Of The Party.”

On the song, Kanye West delivers what could’ve been his best verse on DONDA and Andre 3000, per usual, doesn’t disappoint, as he offers an introspective reflection of his mother’s passing. However, it’s the shots that Kanye sends in Drake’s direction that caught everyone’s attention and largely explains Drake’s motives behind leaking it. Kanye seemingly claims GD in his verse, as well.

I put Virgil and Drake on the same text
And it wasn’t about the matching arc’teryx or Kid Cudi dress
Just told these grown men stop it with the funny shit
I might hire the whole team from ACG
So don’t text me like I’m Juanita JCV
Or more important, Monica Corgan, who was there for me
Somebody really there for me, was rare for me
That was new air to breathe
When I was underappreciated, undervaluated
Stockholders told me, “Board rooms will bore you”
And remember going by your rules, try to follow the Lord’s rules
Thought we was the new Abu Dhabi
Told Drake don’t play with me on GD
And he sent that message to everybody
So if I hit you with a “WYD”
You better hit me with, “Yes sir, I’m writing everything you need”

Drake’s power move rippled through the airwaves at the wee hours of the morning. Still, Drake took to Instagram where he continued to taunt Kanye West. Drake shared a photo of himself drinking wine through the window of his Maybach with a laughing emoji. Then, he shared another photo on his page where he wrote, “Waste Removal.”

Kanye West recently revealed that a music video for “Life Of The Party” is being planned, though he didn’t share any updates on an actual release date. He also recently previewed the single for journalists in Berlin this past week.

Check out the track below and sound off with your thoughts. Who’s in the lead in this back and forth right now?

So lemme get this straight:

Drake tried to get back at Kanye by leaking a song that’s better than most of the tracks off CLB?

Do I have that right?

NGL.. that Kanye West song dissing drake one of the best songs we've heard out of all the recent music dropping lol… I think drake leaked that song to bait Kanye imo… Drake got something up his sleeves.. just needing a reason to drop it / do it.

drake leaking kanye diss to him on his radio but this shit some heatttt pic.twitter.com/hoDY2Kwcpf