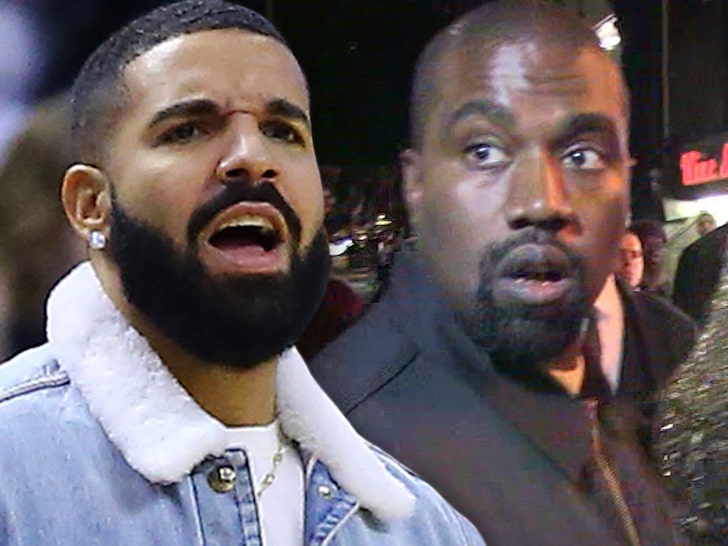 If Drake doesn’t do anything else, it seems he’s going to take some jabs that can be seen as going at Kanye. In his latest collab, Drake appears to address rumors that Kanye West is trying to drop “DONDA” on the same day as “Certified Lover Boy.”

There was a brief moment in the past month where we were left to believe that Drake and Kanye West had finally buried the hatchet after Karen Civil said that the two were back to being friends. However, that doesn’t seem to be entirely accurate. This beef has quite a bit of history at this point, including rumors of Drizzy smashing Ye’s wife Kim Kardashian West and apparently tension still brews between OVO and G.O.O.D Music. Shortly after the debut of DONDA, Consequence, ‘Ye’s close collaborator, pressed Swizz Beatz on Twitter for Drake’s Certified Lover Boy release date in what appeared to be an attempt to recreate Kanye West vs. 50 Cent’s iconic showdown in 2007.

Drake hasn’t announced a release date for Certified Lover Boy yet but the release of DONDA doesn’t seem to have any effect on Drizzy’s plans. Yesterday, Trippie Redd finally shared his collaboration with Drake, “Betrayal.” The aptly titled record finds Drake attacking his naysayers, and directly addressing Kanye’s rumored plans to drop DONDA on the same day as CLB.

“All these fools I’m beefin’ that I barely know/ Forty-five, forty-four (burned out), let it go/ Ye ain’t changin’ shit, it’s set in stone,” Drake raps on “Betrayal.” People like Akademiks noted that Drake is also taking shots at Pusha T on this bar.

Kanye West is hosting his third listening party for DONDA in Chicago this week. His manager, Bu, confirmed that the album would drop shortly after the listening party.

Drake has been offering minor updates on the album’s release. Earlier this month, LeBron James said that the album is “coming soon” but we can assume that Drake’s bout with COVID-19 impeded his original plans to drop before the summer closes out.

Regardless, it looks like we’ll be getting two solid albums from hip-hop’s heavyweights before the year comes to an end. Which are you more excited for? Take a listen to Drake on “Betrayl” below.