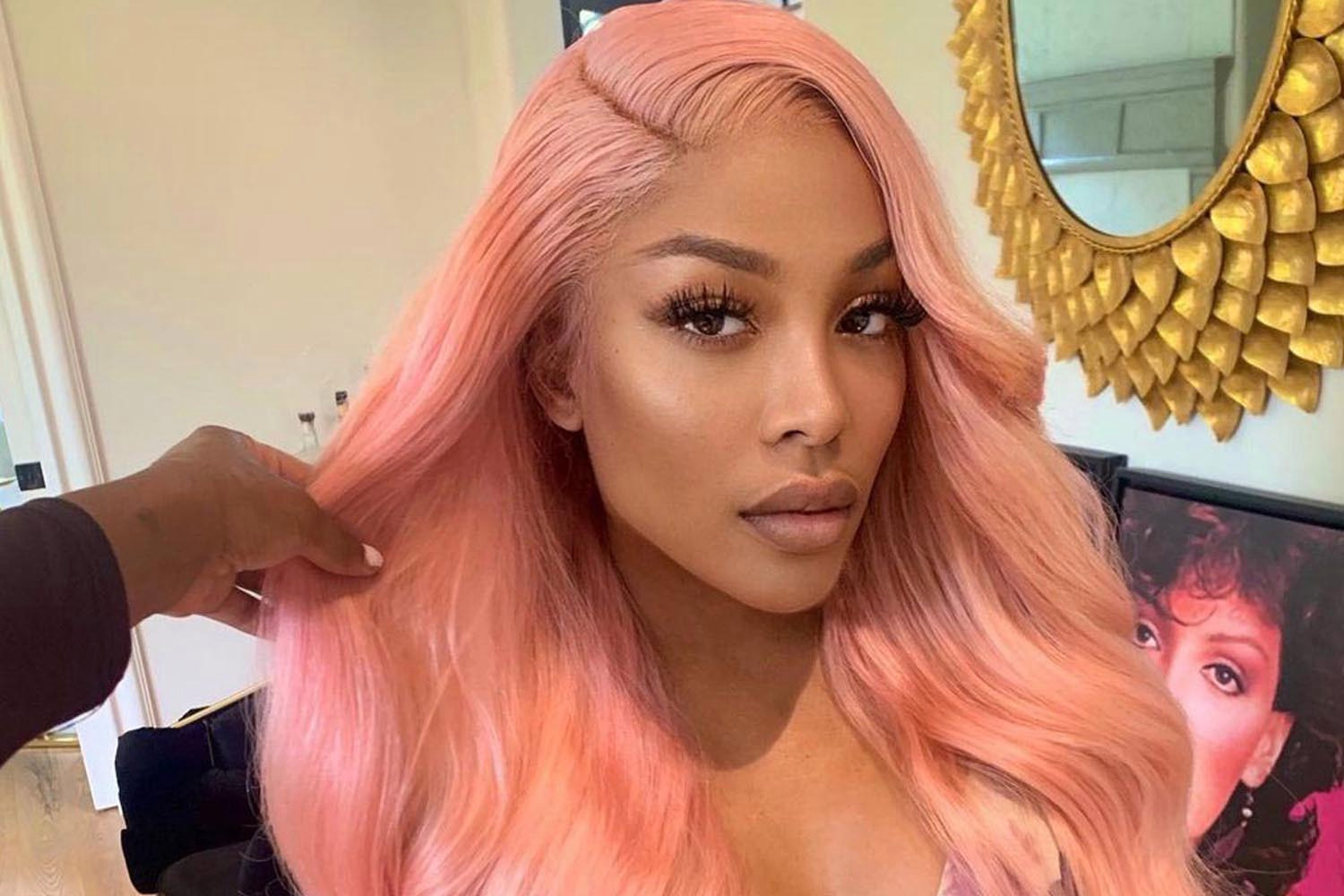 (See previous story) K had enough and took to her Instagram live to clap back at haters. She told her critics that they were bullying her as she insisted that she hasn’t altered her face and educated them on the importance of good makeup, angles, and lighting.

After her latest selfies took the internet by surprise, K. Michelle has returned to talk about the reactions to her look. For those who may have missed it, the award-winning singer dropped off a few stunning photos of herself rocking pink hair. It didn’t take long for people to draw comparisons to photos of the singer back in her Love & Hip Hop days long ago, and some people insisted that K. Michelle had undergone cosmetic surgery on her face and even claiming that her skin appeared lighter.

However, the singer took to Instagram Live to deny the allegations while accusing people of bullying. “Clearly it’s me,” she said in the video. “I’ve been this color forever. I’ve clearly been doing a TV show… I’ve been in the studio every day. I don’t know possibly when I would have had time to get a facelift or—in two days when y’all have seen me already on live.”

“Yeah, I have hair, I have makeup, lighting, people shooting and stuff for me,” she continued. “Y’all are crazy. Do you see this is me? At first, I was just like, ‘Oh, okay. Let me just ignore it or whatever ’cause that’s just how people are.’ But you’re f*cking bullying somebody. What if somebody f*ckin’ had problems? I’m the person trying to help people with plastic surgery. I haven’t did nothing. I haven’t did nothing to my face. Y’all should stop that.”

“Why are you worried about my face, man? I’m feeling good. I’m looking good,” said the singer. As I stated in my previous post about this, I really don’t understand why some folks are so hard on people who decide to get work done. I really feel as though that’s a broke person’s trait because many would fix things they don’t like about themselves if they could afford to do it the right way. The other problem I have with this is that K has always been very open about her choices with surgery and anyone who’s followed her career and story would be well aware of that. The woman has literally laid on live and had conversations with her fans while in recovery… she’s not going to lie.

Check out the video below to hear K. Michelle defend herself and read through a few reactions. What do you think of all of this?

While I must first say K Michelle has always been beautiful… I can’t ignore the fact that her surgeon SNAPPED https://t.co/GtObHWKnsC

Ma'am. This is a major difference😭 pic.twitter.com/plkHVQZs9I