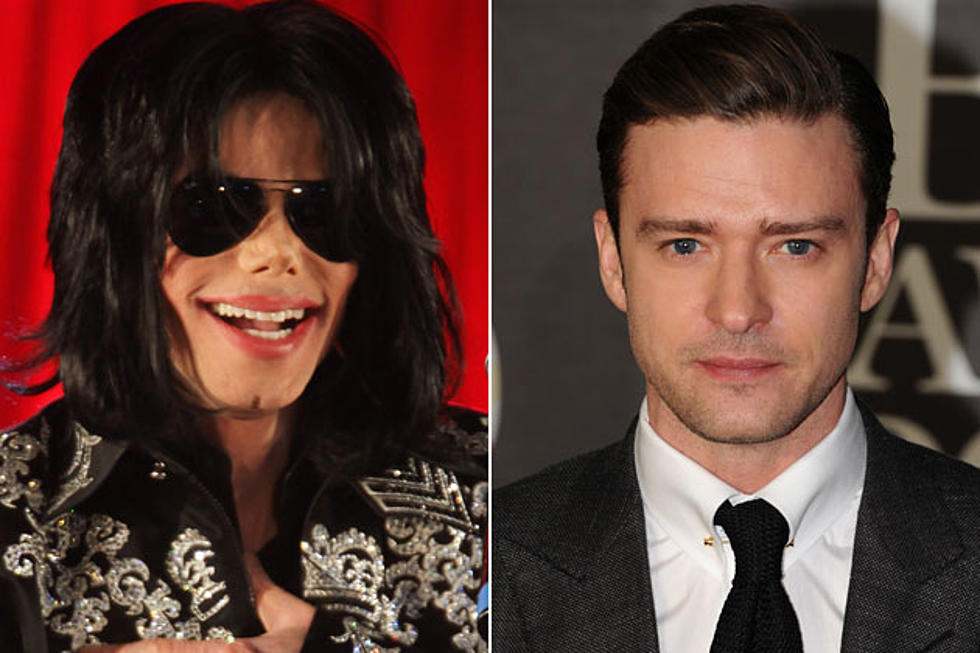 Sha-mone! Who knew that most of Timberlake’s debut was intended for the King of Pop?

In 2002 Justin Timberlake broke out to solo success from N’Sync with his debut album, ‘Justified.’ The album featured hits such as “Cry Me a River,” “Like I Love You,” “Rock Your Body,” and “Senorita,” but could you imagine a different voice bringing us those tracks? Pharrell Williams says all but one song from Justified, was originally meant for Michael Jackson, but the legendary singer turned down the tracks. Speaking on Revolt TV podcast Drink Champs, Pharrell revealed that he was regularly sending beats to both Jackson and Prince, apparently without success.

The super producer revealed that he wanted to work with the R&B legends and that he sent them both beats but they ended up passing on the songs. The topic came up when the producer was asked if he had ever met Prince before his passing in 2016, and Pharrell revealed he produced “Frontin’” for the legendary singer, but he turned it down. He then said he had a similar experience with Jackson, but with the songs from Justin Timberlake’s debut album, Justified. “Michael turned us down, too,” Pharrell said.

N.O.R.E recalled the phone call when Pharrell told him that he sent beats to the “Billy Jean” singer, saying it was one of the best phone calls of his life. “You hit me and you said, ‘Yo, I just sent Michael Jackson some beats,’” the podcast host said, adding that Jackson turned down the beats because he wanted tracks that sounded more like Noreaga. “I didn’t understand this kind of talk.”

“John McClain was his manager at the time,” Pharrell shared. “We sent him pretty much all the stuff y’all are hearing on the first Justified album. That’s all the Michael stuff. Justin Timberlake. All but one song, they were all written for Michael.”

“John McClain was like, ‘Man Michael don’t want that shit,’” Pharrell recalled. “‘He wants that shit you’re giving Noreaga….he want that ‘Superthug.’” Justified was the 2002 debut solo studio album by Timberlake after his time with NSYNC, and was produced by The Neptunes. Pharrell said it was around the time Jackson released “You Rock My World,” but Jackson wanted songs that sounded like something that N.O.R.E would “rhyme on.”

Check out the video below. Could you see Mike on these tracks? I mean, Rock Your Body alone does sound like a Michael song.