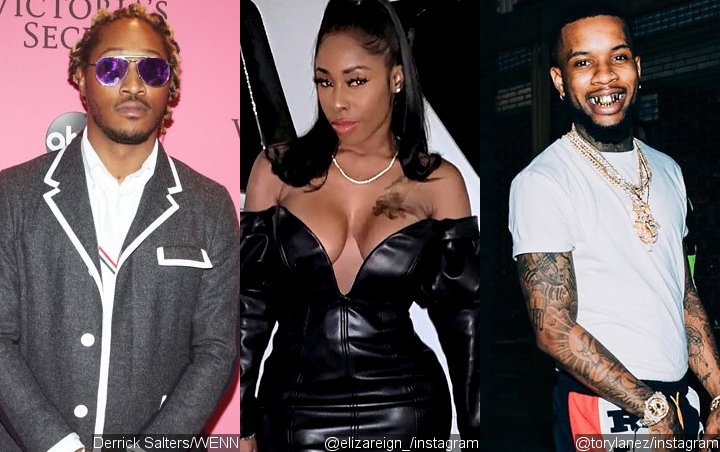 Future previously pulled his famous line when speaking about Eliza Reign, the woman he knocked up and is now forced to provide with monthly child support.

“She belong to the streets,” he said about her.

Despite her legal attack on the serial baby daddy rapper, she appears to be embracing her newfound status, which was bestowed upon her by Fewtch.

As pointed out by social media as with most things, it looks like Eliza Reign was partying with Tory Lanez this week. The Toronto native turned his kitchen to a nightclub, setting up flashy lights and inviting some baddies to the spot. One of the women in attendance was supposedly Eliza Reign, who may have taken a night off from taking care of her 1-year-old daughter.

#PressPlay: Looks like #ToryLanez has friends everywhere because some of our #Roommates seem to think he was hanging out with #Future’s baby momma, #ElizaReign ? What do y’all think?

The woman in the video has not been confirmed to be Reign but they have very similar tattoos in identical spots, leading fans to believe that she and Tory may be spending some time together.

Given the past year’s events in court, Tory may want to protect himself unless he wants a situation like Future’s. Eliza Reign has been relentless in her fight against the rapper, asking for $53,000 per month to take care of her baby.

This wig from @millionhairsbyven got me feeling myself ? cut, styled, and installed by @__r.y.e ?? Top @prettylittlething

Do you think Eliza is moving on into Tory’s lane?