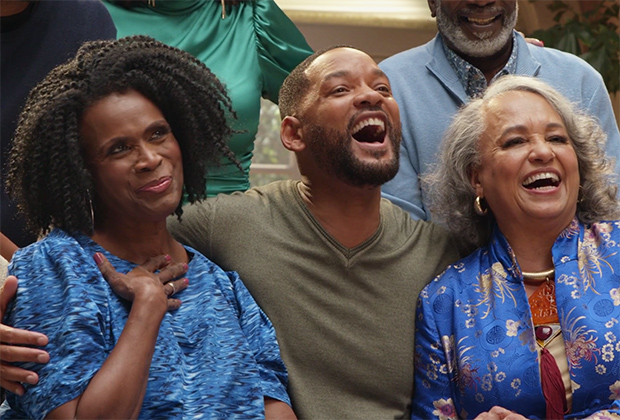 For the “Fresh Prince of Bel-Air Reunion special,” Will caught up with the original “Aunt Viv” to talk about their decades-long tension.

It’s about that time. The Fresh Prince of Bel-Air Reunion Special is available for streaming right now on HBO Max, and it’s an epic coming together that fans have been eagerly anticipating. It came as a surprise—and relief—to see Janet Hubert, the original “Aunt Viv,” included in the special, especially considering the animosity that she and Will Smith once shared. All these years later, Will and Janet have been able to bury the hatchet, and ahead of the reunion’s release, the pair of co-stars came together to discuss what may have caused the division between them that began way back in the 1990s.

Hubert left the classic series in 1993 and over the years, both she and Smith have said quite a few not-so-nice things about one another publicly. For this special, however, it’s the first time that they sat down together in 27 years, and in a one-on-one discussion, they jumped right into it. Hubert wanted to know how, after everything that’s been said and done, they could heal from the past. Smith admitted that he wasn’t familiar with her story, so the first “Aunt Viv” took a moment to discuss what she was going through during her Fresh Prince days.

“There was some friction because I was pregnant. Homelife was not good at all,” she said. “I was no longer laughing, smiling, joking because there were things going on that nobody knew about.” Hubert dispelled rumors that she had been fired from the show. “They offered this really bad deal in the third season. They said, ‘You’ve got two months and two weeks of work and you cannot work anywhere else.’ So that meant my salary was cut. I had a new baby and a husband who was out of work. So I said no. I did not accept their offer. I was never fired.”

#FreshPrinceReunion Thank you all for the love…the understanding especially you Will. It was amazing seeing you all again. Be blessed, this is my story all about how…healing happened.

“The misconception was always put there. I was trapped. What could I do? They said, ‘We’re going to recast your role.’ And I said… what can I say? I was hurt deeply,” she added. Smith took responsibility for his actions, as well, noting that during Hubert’s pregnancy, he “wasn’t sensitive” and “wasn’t perceptive.”

“Now that I’ve had three kids, I’ve learned some things that I did not know at the time and I would do things very differently. I can see where I made the set very difficult for Janet,” he admitted. The two cleared up many misunderstandings: Smith, who was 21 at the time, thought Hubert hated him while Hubert began to shut down because she was told Smith had “banished” her for being “difficult” to work with.

“Those words, calling a Black woman difficult in Hollywood is the kiss of death,” said Hubert. “It’s the kiss of death. And it’s hard enough being a dark-skinned Black woman in this business, but I felt it was necessary for us to finally move forward and I’m sorry that I have blasted you to pieces.”

The two apologized for the unkind things they’ve said and shed a few tears. Make sure to check out the Fresh Prince of Bel-Air Reunion Special on HBO Max. Rest in Peace Uncle Phil.

"Calling a black woman difficult in Hollywood is the kiss of death and its hard enough being a dark-skinned black woman in this business" – Janet Hubert #FreshPrinceReunion pic.twitter.com/EltXiy3QoH