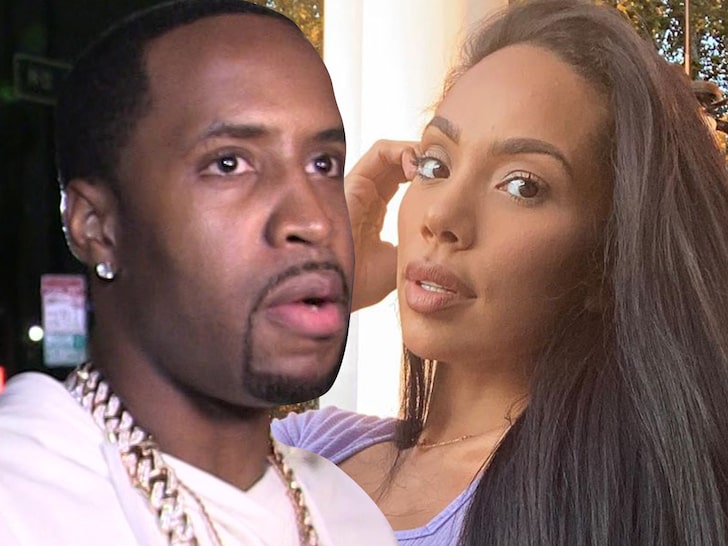 I can totally believe that Safaree is getting on Erica’s nerves through this pregnancy because they both have been getting on our nerves with the consistent drama throughout most of their relationship.

What was meant to be a time of celebration for Safaree Samuels and Erica Mena has become daily hits of rumors and speculation. The reality television couple recently announced that they are expecting the second child together and the news came on the heels of public arguments. There was a hiccup when Safaree declared that he was divorcing his wife months ago, but after making a public apology, they seemed to be back on track.

However, weeks ago it was shared that the pair had officially filed for divorce, and more has surfaced regarding their split. It seems that they are at odds over custody of their children and it was also rumored that Safaree wanted to be present in the hospital room when Erica gives birth to Baby No. 2. The two were the hit with rumors that Safaree had impregnated another woman which he’s since denied via Instagram.

Meanwhile, Erica has asked for peace during this time. Recently, she shared that she was admitted to the hospital and there were reports that it was because she feared going into labor early. Now, she apparently says Safaree’s public request to be in the delivery room for his child’s birth is actually all for show. According to TMZ, Erica claims Safaree has “failed to be involved in her care or to visit her at the hospital during her most recent stay, where she remained overnight for many days related to her pregnancy.”

In docs, obtained by TMZ, Erica claims Safaree’s latest quest for shared custody of their children is only being done “in hopes of obtaining ‘good publicity’ and painting [Erica] as the instigator, while in actuality, [Erica’s] the only parent ensuring the parties’ children’s safety and acting in their best interest.” Erica says Safaree should worry more about her and their unborn child’s health instead of trying to paint himself as a devoted father in legal docs.

As for his request to be present for the birth — Erica says that decision should only be made by herself and her doctor. What do you guys think of all this mess? I think it’s obvious that regardless of how toxic the two have been together, Erica’s peace is what’s important right now for the sake of their unborn child. I don’t think anyone saw these two for the long term but it’s just sad to see in play out in such a manner.