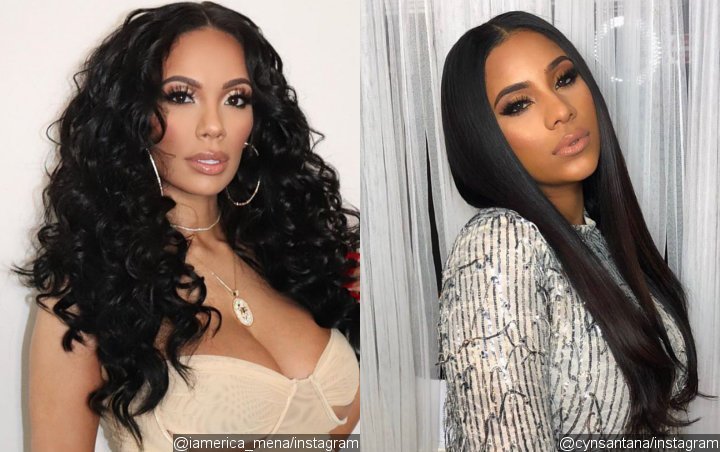 Never will I ever understand the type of dedication and desperation it takes to troll someone let alone from a fake account. Just say what you have to say or keep it to yourself if you’re not bold enough to stand behind it. Erica Mena may have just gotten caught with her skirt down after an alleged burner account that was used to leave hateful comments against Cyn Santana has been exposed.

Chile, the Erica Mena drama just keeps on getting spicier. The reality television star has been in the headlines all month after giving birth to her and Safaree’s newborn. Their baby has seemingly had some health issues, staying in the NICU for days as Erica blasts Safaree for allegedly partying in Jamaica and cheating on her with Joe Budden’s ex-girlfriend Kaylin Garcia. Apparently, that’s not even the extent of the messiness in their life.

The 33-year-old Love & Hip Hop: New York star has seemingly been exposed for operating an alternate account that was primarily used to send hateful comments to Cyn Santana. Fans caught on that Mena was likely behind the @gunner2582 page, which was a clear burner account, after the account was changed to the name of her newborn baby. The account is now @LegendBrians, which people have matched to the previous profile used to shame Cyn Santana and diminish her accomplishments.

The hateful comments were not deleted from the old @gunner2582 page, even after it was changed to Erica Mena’s baby name. You can still scroll through and see some of the comments that were left for Cyn Santana.

What do you think of this? Y’all really out here trolling exes from alternate accounts? Check some of the things she said above.

That Erica mena and cyn situation is crazy. The fact that Erica been trolling under that girl posts off a fake page then got caught up is wild embarrassing 😭😭😂

Idk… at this point Safaree might be Erica karma 🌚 cause that shit is so embarrassing how she had a whole hate account dedicated to Cyn & then you turn it into your NEWBORN son IG page?? 😂😂 THE EMBARRASSMENT

NOT "Just say you're cyn at this point" and it was an Erica burner account. girl the projection 😭 https://t.co/sHXlfXtR1T

we really need to talk about how abusive Erica Was to Cyn….this is not just an “under cover hater” situation. this is an abusive ex girlfriend stalking and harassing Cyn. this is violent and creepy. https://t.co/OUxfDIsStJ

Erica Mena going around blocking every where because my post of her chef went viral and she got caught talking about @Cyn_Santana from a page that is now her sons. pic.twitter.com/yeEixqRyS2