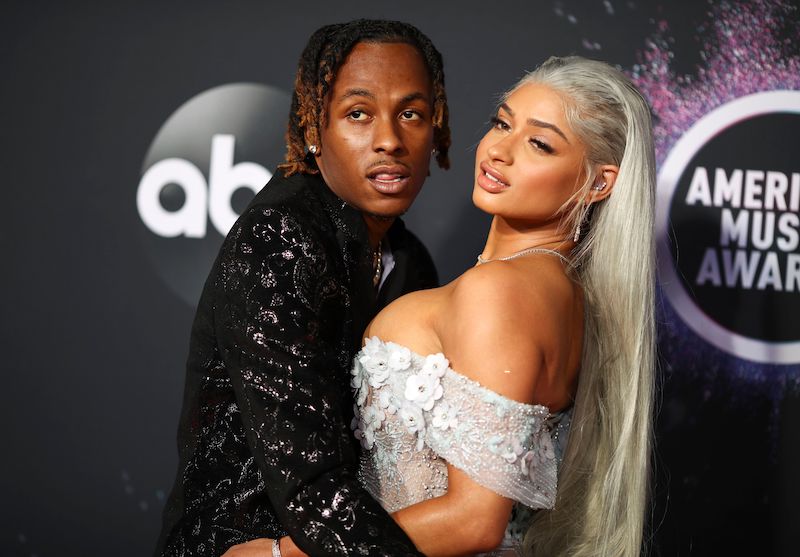 Tori Brixx was allegedly involved in a fight at Target, punching a middle-aged woman in the nose and engaging in a verbal altercation in the parking lot.

As of right now, only one side of the story is available but it would appear as though Tori Brixx, the fiancée of rapper Rich The Kid, was involved in a violent scuffle at her local Target store. Sources have reported, the model and entrepreneur was allegedly spotted in handcuffs after she got into a fight at the shop, punching a middle-aged woman in her nose.

Tori and the woman were allegedly in line at check-out when Brixx supposedly jumped her in the queue, beginning a verbal war of words. Things turned violent when Brixx reportedly threw a punch, breaking the woman’s nose according to her daughter.

In a series of videos that were shared online, one of Brixx’s friends can be heard saying that the woman pushed her cart into the model, thereby instigating the fight. After leaving the store, they continued their battle in the parking lot where the mention of vehicular manslaughter could be heard after somebody threatened to run the other over.

As of right now, the specifics of this situation are unclear. Tori Brixx has not commented directly on the fight other than a few Instagram stories suggesting “clout chasing” was at play.

Take a look at the receipts below. What do you guys think? See, if everyone just stayed at home we wouldn’t have these problems.

#Roommates, #ToriBrixx was spotted in handcuffs yesterday, after allegedly hitting a woman in the face in a Target parking lot. The woman’s daughter alleges Tori hit her mother in the face after they exchanged words on the check out line. A friend accompanying Tori can be seen on video making the allegation that the woman “put her hands on [her]” and “hit [her] with a cart”. Stay with us as the story continues to develop, #Roomies!