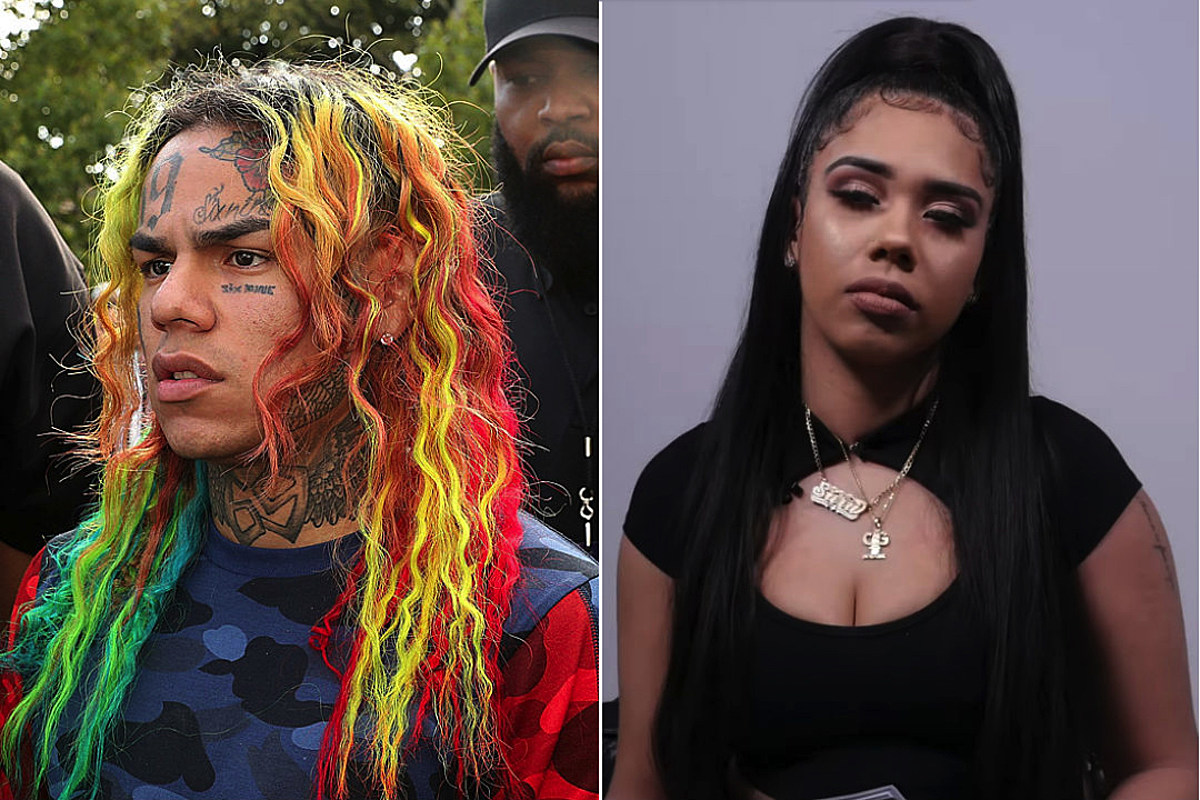 6ix9ine made a bold return to the music scene and it looks as if the world is unfortunately tuned in and paying attention.

It was a big day for Tekashi 6ix9ine fans. (Yes, apparently he still has those) The rapper was released from prison a short while ago, but he’d been laying low until yesterday (May 8). 6ix9ine made a triumphant return to social media by hopping on Instagram Live for a fiery session that was the talk of social media. He addressed his court case and shared why he decided to turn on his former friends in the Nine Trey Gangsta Bloods, citing them sleeping with his baby mother as a “reason” for his snitch antics, and he also showed the world that his time in federal custody didn’t change him much. He was still confrontational, egotistical, and the same colorful clown that his fans have missed all of this time.

Why ya think ya can compete with me? And I ratted stoopid STILL the king you mad

Tekashi 6ix9ine’s Live was a strategic move because he also released his new single “GOOBA” along with its music video filled with half-naked, rump-shaking women. His appearances sparked a backlash from many, including Meek Mill who took verbal jabs at the rapper on Twitter. They engaged in a back and forth, and 6ix9ine decided to pull out receipts in order to prove that people are just upset with him because he’s bringing in big numbers while still carrying the reputation as being a snitch.

Not only did Tekashi 6ix9ine rake in 2 million viewers during his Instagram Live, breaking all records held until today, but he shared a screenshot of his “GOOBA” music video on YouTube that showed it already had 11 million views. “16 million in 4 hours 😂 YouTube is frozen. And with this GOODNIGHT 💤,” he wrote. “I literally sh*tted on every hater and doubter keep punching the air ILL BE MAD TOO 😂😂😂😂😂 how a rat litter then you #nastywork.”

Meanwhile, his ex-girlfriend and mother of his daughter, Sara Molina, took to her Instagram Story to say that she shouldn’t be used as an excuse as to why he turned federal informant. She added that she would pray for him because, according to her, he’s a “marked man.” Check it all out below.