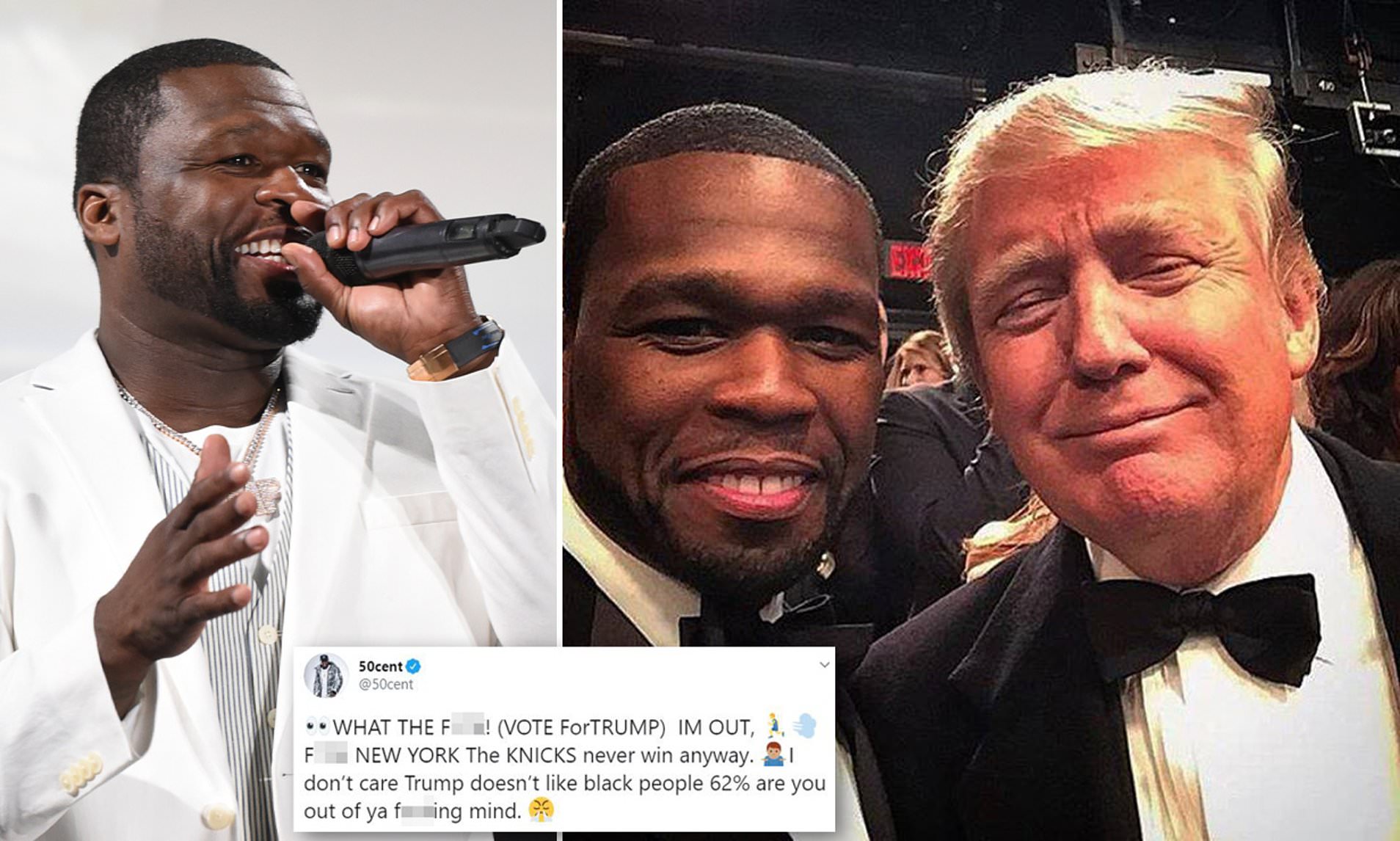 Well, here’s a shocking endorsement for Donald Trump and I officially have 21 questions.

50 Cent has gone on the record to diss Donald Trump in the past, calling out his response to the COVID-19 pandemic several months ago. “You wanted a reality show host as president,” said Fif. “Well now you’re on Survivor.” It seems that, despite how he personally feels about Trump, he will still be casting a vote for the Republican candidate, as per his latest controversial post on Instagram.

👀WHAT THE FUCK! (VOTE ForTRUMP) IM OUT, 🏃‍♂️💨FUCK NEW YORK The KNICKS never win anyway. 🤷🏽‍♂️I don’t care Trump doesn’t like black people 62% are you out of ya fucking mind. 😤

Sharing a picture of Joe Biden’s alleged tax rate plan by state, which includes a 62.6% rate for California, Fif claimed that he’s got enough information from this one issue alone to vote for Trump.

“WHAT THE FUCK! (VOTE ForTRUMP) IM OUT,” wrote 50 Cent, endorsing Trump as the President of the United States. “FUCK NEW YORK The KNICKS never win anyway. I don’t care Trump doesn’t like black people 62% are you out of ya fucking mind.”

For context, the tax hike is only applicable for Americans who make more than $400K annually.

In recent weeks, Fif seems to have done a 180-degree turn on Trump, laughing and re-posting a video of the President dancing at a rally to “YMCA”. While it’s surprising that he will be voting for Trump, he’s incredibly financially wealthy and, obviously, his money is more important to him than climate change, systemic racism, and other issues that Trump does not prioritize.

still no fucks given 😆 The Bots support TRUMP #bransoncognac #lecheminduroi

As expected, Republicans are already starting to use 50 Cent’s endorsement as a tokenized weapon, with people including Candace Owens and Tomi Lahren commenting on the importance of Fif’s word.

Despite some of the things she’s said about him in the past, Tomi Lahren even extended an olive branch to Fif, welcoming him onboard the crashing Trump Train. c

“Welcome to the Trump Train,” she excitedly wrote on 50’s post. She also celebrated on Twitter, rejoicing in the rapper’s endorsement and adding, “Let’s go!!!”

since 50 cent is trending for endorsing trump bc he doesn't want to pay a bit more in taxes, here's malcolm x reminding you to ignore these clown ass celebrities spouting nonsense that placates the powerfulpic.twitter.com/Kqi79uYvu1

50 Cent in 2019: Trump offered me half a million to come to the inauguration but I didn’t take it because “all money is not good money”

50 Cent in 2020 after finding out he’d pay more in taxes: VOTE TRUMP pic.twitter.com/KnFL5HBOD3